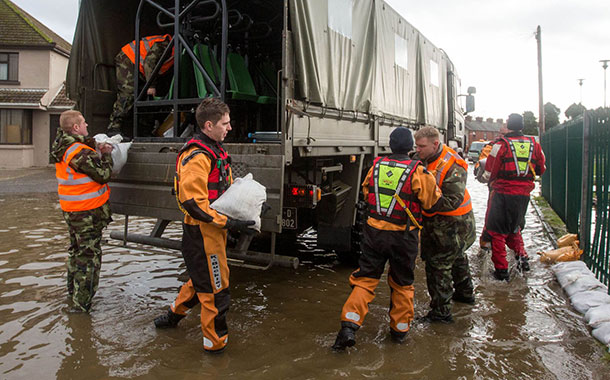 Millions of tax payers money spent on flood prevention, dredging and relief works for flood prone areas, yet some insurance companies still won’t offer home cover? I have been contacted by numerous people looking to purchase homes in areas traditionally effected by flooding and are having a nightmare trying to get home cover due to the ‘risks’ of flooding. The Minister’s response explains that the insurance companies have been made aware of the areas of work completed to combat future flooding therefore there should be no excuse no to offer flood cover as part of home policy in areas where substantial works were completed at the cost of the tax payer. If anyone in Dublin Central is having issues obtaining flood cover please contact my office.

QUESTION NO: 71
DÁIL QUESTION addressed to the Minister for Finance (Deputy Michael Noonan)
by Deputy Maureen O’Sullivan
for ORAL ANSWER on 17/01/2017

To ask the Minister for Finance the advances that have been made between his department and the Irish Insurance Federation regarding the problems faced by potential home buyers in areas that have been flooded, in which substantial prevention and remedial works have taken place, but still denied insurance cover for flooding.

Insurance Ireland has informed me that its members, since 1 June 2014, have factor ed data on all completed flood defence schemes, provided by the OPW, into its assessment of flood risk within these areas. This information has been provided as part of an information sharing arrangement entered into between OPW and Insurance Ireland (Memorandum of Understanding). The nature of this arrangement is such that it should lead to a greater availability of flood cover in previously higher risk areas, and at better prices.

The most recent Insurance Ireland survey of approximately 85% of the property insurance market in Ireland indicates that of the 16 completed defence schemes, 90% of policies in areas benefiting from permanent flood defences include flood cover, while 77% of policies in areas benefiting from demountable defences include flood cover. The particular issues in relation to the remainder of policies is actively being explored with the insurance industry through a working group in which the OPW, the insurance industry and the Department of Finance participate. Further meetings of this group are scheduled this month.

Following a meeting last July between Minister of State Canney and Insurance Ireland it was agreed that information and data on the deployment protocols, warning systems and emergency response systems in place where demountable defences are utilised would be provided to industry. The purpose of this information is to enable the industry re-assess the overall level of risk with demountable flood defences in this context. It is hoped that this data will provide the robust information required for industry to reduce the risk it has associated with demountable defences and increase the levels of cover for these areas. This is subject to ongoing discussions.