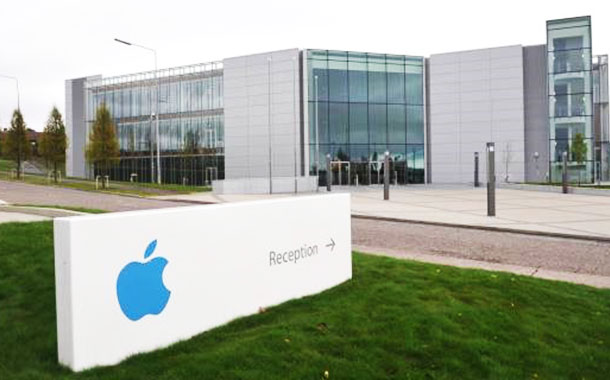 It has been a number of months since the motion I introduced to the Dáil along with Joan Collins and Richard Boyd Barrett and we can now see in the wake of the Apple tax controversy the total contempt shown by the Government to the Irish people while facilitating tax avoidance by billion dollar companies. The decision by the European commission to award Ireland the €13 billion should be met with utter embarrassment and should lead to a re-thinking of how we facilitate multinationals while at the same time leave many lower income families in relative poverty. The Government will attempt to appeal this decision citing employment however the fact of the matter is our 12.5% corporation tax (which is far from the actual rate these companies pay) is still far lower than our European neighbours and Ireland is an attractive base without our Government bending over backward to facilitate these global giants financially while at the same time leaving families in emergency accommodation and standing over reduction to youth and community funding. Allowing a company such as Apple or any company operating in Ireland to pay a pittance tax while relying on their dedicated employees to make up for it in PAYE, PRSI and USC is in my opinion shameless.

I move: That Dáil Éireann notes:

— the growing international consensus that aggressive tax avoidance and evasion by multinational corporations is now a major contributory factor in the staggering increase in global economic inequality and a spectacular growth in the gap between rich and poor which, according to Oxfam, with current trends, the combined wealth of the richest 1% will overtake that of the other 99% of people in the world;

— that the global trend of increasing economic inequality and growing poverty is echoed in Ireland, where for example, the Think-tank for Action on Social Change, TASC, recently estimated that the wealthiest 10% of the population now own 42.3% of all wealth, whereas the bottom 50% of the population own only 12.2 per cent, and where simultaneously there has been a dramatic increase in deprivation, poverty and homelessness in recent years, such that 750,000 people, including 232,000 children, now live in poverty;

— concern that Ireland’s low corporate tax rate and company regulatory regime do not support adequate accountability from multinational companies operating out of Ireland;

— that the exchange of information between tax jurisdictions is not automatic;

— concern that the recent European Commission investigation into Apple in Ireland revealed a lack of transparency and accountability from Ireland’s Revenue Commissioners to the people of Ireland at that time; and

— that Ireland is part of a network for international corporate tax avoidance and evasion as demonstrated in the so-called ‘LuxLeaks’ scandal and the widely criticised ‘double-Irish’ phenomenon; and

calls on the Government to:

— support automatic information exchange on tax matters between all tax jurisdictions including a non-reciprocal transition period and long-term support for developing countries to comply with requirements;

— establish a public register of the beneficial owners of companies and trusts operating in Ireland;

— close tax loopholes whereby multinational companies may engage in transfer pricing abuse in Ireland and empower the Revenue Commissioner to act to reverse this behaviour;

— move urgently to change Ireland’s corporate tax regime with the aim of ensuring that the corporate and financial sector significantly increase their tax contribution to the Exchequer and to society;

— ensure that, following the decision to close-off the so-called ‘double-Irish’ tax avoidance mechanism, the proposed ‘knowledge box’ does not become another mechanism for large-scale tax avoidance or evasion by multinational corporations; and

— eliminate any aspects of Ireland’s tax regime that facilitate ‘spill-over’ effects in developing countries which deprive those countries of tax revenue that should legitimately accrue to them.

I wish to share time with Deputies Boyd Barrett and Joan Collins who also have been working on this.

At the core of the Private Members’ business tonight and tomorrow night is equality and looking at how the lack of accountable and transparent tax systems create inequality and exacerbate existing inequality. We have a lot of statistics that show that inequality, both in Ireland and globally, is growing. One staggering statistic is that on current trends the richest 1% in the world will own more than 50% of the world’s wealth by next year. Equally staggering is the fact that since the financial crisis began, the number of billionaires worldwide has more than doubled. Economic inequality compounds the other inequalities in education and in health. As we cannot discuss and bring about climate change without a commitment to climate justice, we also cannot bring an end to inequality unless we address tax justice.

There are many examples of tax injustice where millions, and in some cases billions, of euro have been lost to countries by the lack of transparency, accountability and good governance, and some of those examples are specifically mentioned in the motion. I refer, for instance, to the LuxLeaks scandal, the sweetheart deals negotiated between the tax administration and multinational corporations, in which companies are frequently represented by one of the four big accounting firms. In early 2015, the Unhappy Meal report showed how McDonald’s is using the so-called innovation box in Luxembourg to lower its tax payments. Recently the US Internal Revenue Service challenged the tax arrangements of Coca-Cola, concluding the company owes $3.3 billion in extra tax. Coca-Cola is not accepting this responsibility and the company is expected to challenge this in the US tax court. A report in 2014 showed that although Barclays bank had 14 employees in Luxembourg, it generated £1.4 billion of profits – £100 million per employee. Of course, the whistleblower of the LuxLeaks scandal and the journalist who broke the story face several years in jail.

When it comes to tax, we can look at Ireland’s tax scandal also. Ostensibly, the corporate tax rate is 12.5% but we know that is not the reality. For example, accounts filed by companies owned by Cerberus in the Republic show that it paid €10,320 in tax on a combined turnover of €224 million in 2013 and 2014. The reality is that the big multinationals have played countries off against each other for years to ensure they keep low the tax they pay. It is staggering that Apple’s annual revenues are approximately 80% of Ireland’s GDP, and we are not too sure what else will emerge about Apple. The Government tells us that Ireland is not a tax haven, but we have doubts about that. One journalist stated that the small corner shop in Ireland probably will continue to pay more of its profits in tax than many of the big business.

It is opportune that we are discuss this topic this week in view of the upcoming budget and the OECD base erosion and profit shifting, BEPS, report published yesterday. Country-by-country reporting is vital for tax transparency in order that all the multinationals report sales, profits and taxes paid in all jurisdictions in their audited annual reports and tax returns, and these financial reports must be publicly available. Then and only then, if publicly available, will the information be available which would contribute to ending corruption. The European Parliament voted overwhelmingly in favour of this information being available publicly. Where is Ireland on that?

Allied to that is the automatic exchange of information between tax jurisdictions. I have one question for the Minister which I also asked of the Minister for Foreign Affairs and Trade. Why did Ireland not support the call for the intergovernmental body on tax under the United Nations, as was called for by NGOs before the financing for development conference in Addis Ababa?

The result of tax avoidance, tax evasion, tax dodging and creative accounting is millions and billions of euro being lost to countries, and we are complicit in that. We think of how much our country is also losing. We think of how many of our problems in health, education and housing could be addressed if we had a fair, just, accountable and transparent tax system.