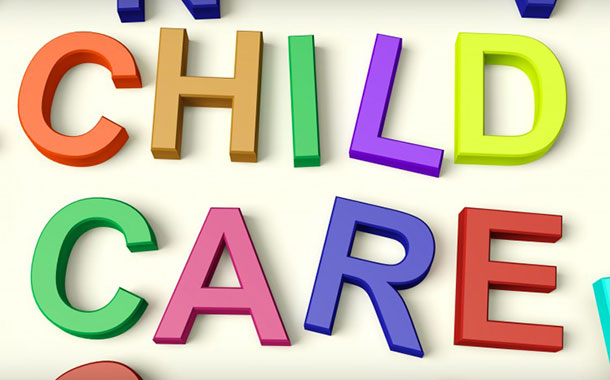 There is absolutely no question about the need for quality training for people who are working in child care. But some community child care facilities were reliant on members from community employment, CE, schemes and it had a double-edged benefit as some of the people on the CE schemes were parents getting training in child care for themselves as well as in the setting where they worked. It provided a service in the community as well, which was important. We know the figures in the more disadvantaged areas and the kind of backgrounds that children come from. The Minister says there is extra funding but it is about seeing that it gets to the areas of most need. Some of the staff from community child care services have been in touch with me and others here. As they do not have the staff at the level of training that we would all like to see and they relied on CE participants, they face being told they need a plan for sustainability. The only sustainable plan is to cut hours and nobody, including the Minister, wants to see that. We discussed the possibility of a DEIS (Delivering Equality of Opportunity in Schools) status for some of these child care centres and the Minister stated it was being examined in her Department.

Deputy Maureen O’Sullivan asked the Minister for Children and Youth Affairs if she has considered concerns raised by persons working and managing child care centres and with members at questions with regard to the changes to community employment suitability in the sector and the effects this is having on community child care, in particular in marginalised communities; and the way in which she will address these concerns.
Has there been any further move on this?

Deputy Donnchadh Ó Laoghaire: I have raised this before as well and there are wider issues in the longer run with respect to sustainability. The Minister has again emphasised the €1 million in sustainability funding but it is 185 days since it was announced, and as far as I am aware, no service in Cork has received the second tranche of funding. The first tranche for advertisement and recruitment was received but no service in Cork has received the second tranche. It is 185 days on. The services were asked to submit considerable amounts of documentation, which they did, but the Department came back with a new form that it had not previously asked for called template B or something like it. It is a poor way for the Department to treat community services, which feel like they are being strung along. We are still risking services going under or being curtailed significantly due to a failure to provide money in the here and now.

Deputy Katherine Zappone: I thank the Deputies. Deputy O’Sullivan commented on a DEIS-style approach, particularly for disadvantaged communities. On a personal level I think it is a wonderful vision and I have been raising that within the Department. I agree with the Deputy and it would be a substantial policy change if we moved towards that. There is merit in considering it. With an acknowledgement of the issues the Deputy identifies with regard to CE workers and particularly people living in the community who are receiving a wage, there are ways in which the Department has tried to give support both in moving forward with the regulations and providing more money up to a certain point, working with services in order to take a look at the model and ensure they will be in a better place in 2018. For the medium term, I am aware that in disadvantaged communities, there are often other types of support going into the care and early years in education setting that go beyond what is strictly funded by my Department. We are trying to see whether the Health Service Executive or other statutory agencies could also provide support for additional care in those communities.

Deputy Maureen O’Sullivan: I will raise a particular community child care project with the Minister, although I do not expect her to be able to answer my questions on it. It is a community after-school project that has existed since 1995. It is an accredited training centre and caters for five local schools. There are over 100 attendees for 48 weeks in the year. They offer a variety of practices, including restorative practices etc. The Department of Social Protection wants to remove a supervisor’s position from November this year, meaning there will be reduced management available. The effect will be on the service, with the reduction coming to three days in one project and two days in another project. It is an area of real disadvantage and there does not appear to be any leeway. I know this is not in the Minister’s Department but it is connected to her Department. I will send the details to the Minister and she might be able to engage with the Department of Social Protection on it.

Deputy Katherine Zappone: Of course I will and I would be happy to pursue that. That would be a good way to proceed. Deputy Ó Laoghaire raised questions relating to the sustainability fund. With regard to the first tranche of money from the sustainability fund, 47 providers have signed and returned contracts in respect of the phase, with each being paid approximately €2,000. The city and county child care committees are working with a further 67 services across the country to make submissions for once-off payment under the second phase, as the Deputy noted in respect to Cork services, with an average payment that will probably be approximately €15,000. It is really important to identify that. To date, four services have submitted complete applications for phase two, with a further 17 expected to reach the stage shortly.
The Deputy indicates some of the services in Cork are finding the requirements for additional documentation a bit onerous. I will take that back to the Department. My understanding is that with payment from the fund we are trying to enable services to move to a place where they can be sustainable after the money is spent. Perhaps that is related to some of the requirements for documentation. I will certainly look into it.