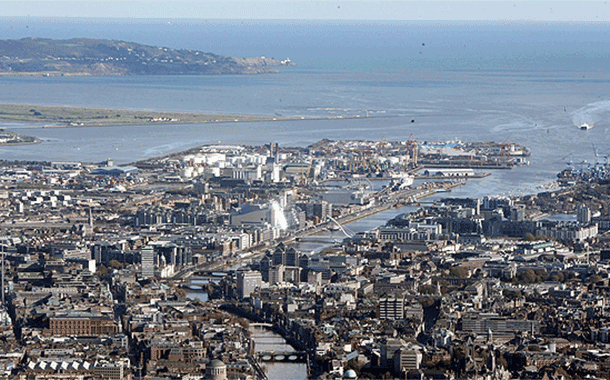 It was really disappointing to see that the Government ignored the 15 amendments submitted to the Dublin Docklands Development Authority (Dissolution) Bill 2015, in particular the three I called for…

The committee engaged in a long consultation process and held public hearings which were attended by community groups, residents and organisations and then produced a report which was launched in October 2014. The launch was held in the AV room in Leinster House and there was significant positivity shown towards the report by those who had participated in the process. We can imagine their disappointment, therefore, when the 15 recommendations made did not appear in the Bill. There are slight variations in some of the recommendations made in the Bill, but the groups concerned left the Oireachtas that day thinking all of their views had been taken on board and would form part of the Bill. I have a particular interest in this issue as I am from a docklands community and have relatives living in another docklands community nearby. I was brought up in this community and I still live in it.

I must say it is good to see the dissolution of the DDDA, an organisation that was so tainted and which brought docklands communities into so many battles with it, but that is not to take from some of the good things that came from the organisation such as its support for some of the communities in terms of education and social activities. However, there is no doubt that it was a tainted organisation and that there were significant conflicts of interest. I hope the position will be more positive for the area in the future.

I’m seeking that the whole docklands area is included because it is not just about one part, the port, we must consider the connection with the communities living around it, both north and south of the River Liffey.

One of the issues I raised on Committee Stage concerned representation at the forum. It is important that the members of the forum include people who live in the area, including long-time residents and, in particular, those involved in community organisations such as youth groups which have been involved in the area during the years. There must be positive discrimination. I am not against new people coming in and being represented, but the voice of experience should be included as we have many such people living in the area.

Housing
One of the recommendations which was rejected related to housing. A figure of 20% for social housing was recommended. Only a minuscule amount of social housing was built in the area in the past and we now have a very different community living in the financial services area. This community is separate from the others living around it. We need more social housing. The Minister of State said that if the cash-in-lieu provision had not gone ahead, there would have been 10,000 more social housing units. Hopefully we can learn from this and ensure there will be strict monitoring of the provisions included in the Bill.

Employment
We also discussed the issue of employment and brought forward the plan which had been proposed by the Grangegorman Development Association. I am a member of one of the Grangegorman bodies and at each meeting a report on the number of local jobs created by each of the companies is given. It would be good if this became an established principle for companies in the area. Nobody is asking a company to take on unqualified people, but there are qualified people living in the docklands area where there are higher unemployment rates than the national average. One of the youth projects of which I am aware does great work in supporting young boys to take manual handling courses and is building relationships with companies in the area. It would be good to build on this practice and include it as part of the oversight process. We should examine this practice to see if it is working and whether qualified local people are finding employment. This is particularly relevant for those in the 18 to 21 year old age group who cannot avail of community employment. If they are not involved in further education or training, they are very much at a loss. While this practice is accepted as a principle, we should consider how we can act on it and take on board the good practice applied in Grangegorman.

Community
We also discussed the issue of community gain. I acknowledge that one aspect of the DDDA that worked was its support for education initiatives. It supported people from difficult backgrounds and low income families to continue in education. I acknowledge the role of the National College of Ireland in promoting early childhood education. There are many examples of good practice in that regard.

Oversight is important in that it is vital to report back on progress made. We need a framework for this initiative to work. During the final stages of the Bill last month I once again called on the Government to amend the bill to cover housing, unemployment, community gain and community representation.