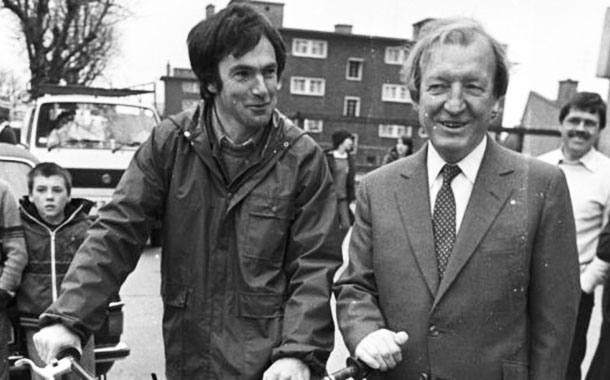 How the Gregory “Deal” depicted in Charlie actually went down

In the context of the recent RTE drama “Charlie” and the reference to the late Tony Gregory TD and the so called “deal” he concluded with Mr. Haughey we wanted to outline a number of salient facts. The common understanding of the “deal” and the one portrayed in the RTE drama is that its sole focus was on Tony’s own Dublin central constituency, in particular the long neglected north inner city, without reference to any other areas or issues. This is far from the truth as the agreed services, developments and policy changes detailed in the agreement were intended to impact on a number levels namely Tony’s constituency, the whole of Dublin city and nationally.

For example in relation to Dublin city the “deal” had specific commitments in relation to a tax on derelict sites, city wide housing development and the reversal of cuts in funding for the housing maintenance services in Dublin Corporation.

On a national level the “deal” contained a wide range of progressive commitments in areas such as industrial development, control of banking and financial institutions, environment, transport, community development, health, social welfare and childcare reform.

Therefore the “deal” Tony Gregory concluded with Mr. Haughey could more accurately be viewed as a progressive programme for government based on prioritising opportunities for our most needy citizens. Fergus McCabe who was in attendance of the meeting between Tony and Charlie said “It is a great tribute to Tony Gregory and his supporters that a deal of such breadth, based on many of the local and national issues he had been elected on was negotiated.”

Over the last few years many people have longed for radical political reform and have become disillusioned with politics, especially party politics as many believe that the interests of the party are invariably put before that of the citizen. In the current climate too, where support for independent candidates is higher than ever it is important to stress that the role and duty of all TDs should be to put the interests of all citizens before individual or constituency concerns. We believe that such an approach has a model in the experience and vision of the late Tony Gregory who was so much more than a mere “constituency” TD.