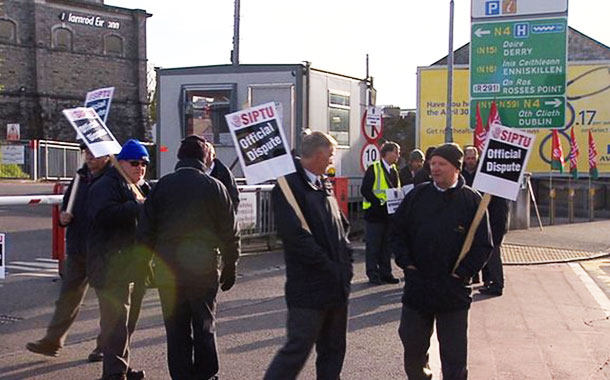 I do not accept the Bus Privatisation process will cease

I have a natural sympathy for Bus Drivers; my father being one of the original members of the National Busman’s Union when it was founded through trojan work by the late Tom Darby and others to ensure drivers and conductors had improved wages and working conditions. I know they would be appalled today with the introduction of privatisation threatening jobs in the bus service. Can you blame drivers being scared over this new approach when we see the damage privatisation has done to groups such as the Greyhound refuse workers. I do not accept that at 10% of routes the privatisation process will cease and the process could well expand into the future. Obviously using strike action makes it extremely difficult for commuters and many tourists in Ireland which is why I urge all bodies to go back to the table. There are many other models to promote customer experience, standard of service and company income, without resorting to privatisation; I put this question to the Minister during the week:

16. To ask the Minister for Transport, Tourism and Sport if he acknowledges the anxiety and worry the decision to privatise a percentage of Dublin Bus routes is causing staff of the company, and that staff and workers’ concerns should be given more priority when taking decisions which in turn could avert the forthcoming industrial action; his views that there are many other models to promote customer experience, standard of service and company income, without resorting to privatisation to create competition; if he has examined any of these models as an alternative; and if he will make a statement on the matter. [16515/15]

​I refer the Deputy to my reply to Priority Question No.1 which I answered earlier.
The NTA has the statutory responsibility under legislation of assessing and judging how best to balance direct award and tendered PSO bus services. International experience confirms that a range of benefits can accrue from tendering in terms of value for money and service quality.
As to other models of service procurement, the NTA already maximise their ability under the contracts with the bus companies to encourage service quality and efficiency. The NTA has determined that tendering about 10% of the market presents little, if any, risk to Dublin Bus or Bus Éireann’s overall operations while giving the opportunity to test market pricing, offer opportunities to improve efficiency and customer service, as well as the possibility, subject to the outcome of the competition, of bringing new operators into the market, and enabling benchmarking.
Finally, I would point that the procurement process being undertaken by the NTA is not privatisation. NTA have commented on this myth on their website as follows:
“In response to on-going concerns expressed publicly, the National Transport Authority wishes to restate the fact that the tendering of bus routes currently in progress is not ‘privatisation’ and will not in itself result in fare increases, reduced services or any threat to free travel.
Privatisation is about transfer of ownership and loss of public control. This is not the case here at all. The National Transport Authority will specify details of bus services to be delivered – setting out fares, routes, frequencies, environmental standards, customer service standards – and will seek submissions from the market on that basis, from any operator, including the current operators Dublin Bus and Bus Éireann. The Authority will also retain control of the vehicles.
The successful tenderer will operate the specified services in return for an agreed fee, and will remit the collected fare revenues to the NTA. The NTA will maintain full control over service delivery and standards across all routes – in exactly the same manner as now applies to Dublin Bus and Bus Éireann.”