Latest
Home European Union If issues were addressed, would people want stay in their country of origin? 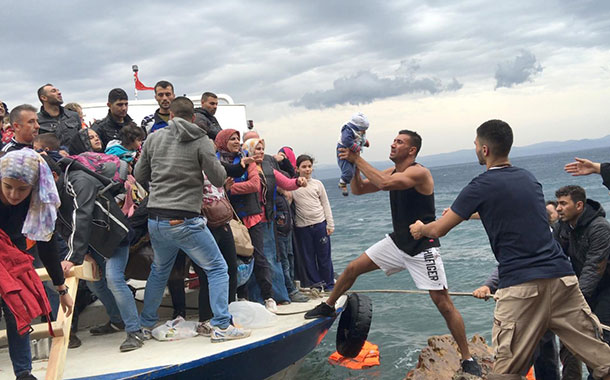 If issues were addressed, would people want stay in their country of origin?

In so many cases, it is the imperialistic policies of European countries that are the contributing factors to what is causing people to leave their own countries and it is also the inactivity of Europe, the UN and the role of certain other countries with vested interests that allows the Syrian situation to fester with such appalling results and with no end in sight.

Let us look at migration in a pragmatic way and examine whether, if the issues causing people to flee were addressed, people would want to stay in their country of origin. We know that what causes people to leave is conflict, human rights abuses and food insecurity (often caused by famine due to climate change). It’s not just Syria that they are fleeing from but a long list of countries in the developing world.

Last week we had World Refugee Day and we know from the UNHCR that some 60 million people have been displaced, with thousands of people fleeing their homes every day. I was struck by a quote from it yesterday which said, “The world commemorates the strength, courage and resilience of millions of refugees”. They are very fine words but the reality is suffering, hardship and terrible human rights abuses of those refugees.

The EU-Turkey deal on migration is appalling! What it means is that thousands of refugees, especially unaccompanied minors, will be living in unacceptable humanitarian conditions. So much so that the reputable organisation, Médecins sans Frontières, which has suffered so much itself, for example, when 22 of its personnel were killed in air strikes on its trauma centre in northern Afghanistan, that it refuses to take EU funding.

Food insecurity can also result from trade agreements, which brings me to the Economic Partnership Agreements, EPAs, on which we got a full 20 minute debate in this House! I had an opportunity to speak at the African, Caribbean and Pacific, ACP, group of states joint parliamentary assembly with the EU some weeks ago where I met a number of African parliamentarians. I was struck by two issues, first, the complete lack of knowledge of economic partnership agreements on the part of some of their parliamentarians. They never heard of them yet they are sitting in parliaments that are going to ratify the agreements. That is undermining European credibility that they expect that to happen. Second, I met other parliamentarians who were very knowledgeable about EP agreements and see positive aspects to them but they are also concerned that they will undermine sustainable livelihoods, increase food insecurity and the country’s ability to feed itself and then instead of lifting people out of poverty it will plunge them further into poverty, increased dependency on aid and increase migration.

The European Commission must listen to the concerns on Economic Partnership Agreements by national parliaments which have to ratify them. I hope the parliaments that do not ratify the EPAs do not face possible fines which is the European norm these days. European credibility is at stake and the European Council must rethink those matters.

I am struck by something President Higgins said recently about the European Union; he said it must, once again, come to represent a model of balance between market, society and the environment.