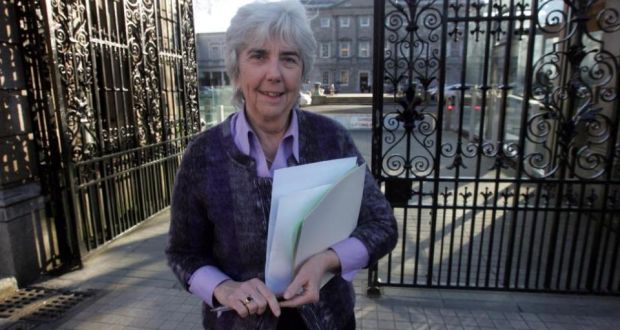 A call has been made for the Government to seek the extradition of a “notorious” swimming coach accused of multiple cases of sex abuse who was granted a visa to live in the United States.
Independent TD Maureen O’Sullivan appealed to Taoiseach Enda Kenny to “have a conversation with the Minister for Justice, with a view to reopening the case, with a view to extraditing and extradite this man back to Ireland”
Ms O’Sullivan, who said she would not name the coach in the Dáil, warned of an urgency to deal with the case because an investigative journalist in the US was seeking information, with the assistance of prominent American politicians, on how this man was facilitated to get into America.
The Dublin Central TD said: “I think it would leave this country, this Government very vulnerable when this information comes to light.”
Mr Kenny said “I don’t know the details of the case you speak of. I’d be happy to speak to you and I’ll ask the Minister for Justice for a report on this matter.”
The Taoiseach said he knew Ms O’Sullivan would “not raise the matter unless it was serious and sensitive”.
Ms O’Sullivan said that would be very encouraging for people who have suffered over the years.
She said one of their staunchest supporters remarked that “this country was able to extradite a celebrity chef to come back and face charges of theft of paintings but we have not managed to extradite this particular man”.
“And you were so sympathetic and showed such empathy for Maíria Cahill in her situation and the way we were horrified that sex abusers in the North could move freely to another jurisdiction.
“That has happened in this man’s case.”
Ms O’Sullivan described the swim coach as “notorious” and said he “fled Ireland and lived in a number of other places before being facilitated and helped into the United States and it is known that he worked with young people in those other countries”.
“Victims of swimming coaches and their loved ones suffer horrifically still,” she added, “and one victim died tragically at Christmas”.
Ms O’Sullivan believed “there has been a litany of mistakes in the way that was dealt with in the past and some of the excuses that were made. I really welcome an opportunity to discuss this with you further.”
She said there was a “horror story” of what had happened to victims’ lives, “the suicide attempts, those who did commit suicide, the breakdown in relationships and marriages, the self harm, the eating disorders and they are still paying the price because this particular individual was not brought to justice”.