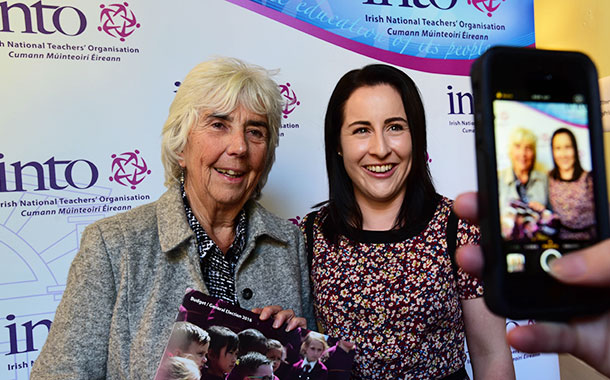 Is the Government committed to reducing class sizes?

I will of course be supporting the calls for greater investment in Primary Education. As a teacher for over 30 years I know the benefit of smaller class sizes and the way in which it creates a more intimate learning environment where attention can be given individually to every child to enable them to maximise their varied abilities. I attended the INTO meeting last week and felt it was very productive. I accept that Primary education is extremely critical as many studies recognise the importance of formative years on a child’s development and a good primary education is essential for students before they embark on education at second level. I put the question regarding class sizes to the Minister:

To ask the Minister for Education and Skills if she is fully committed to previous guarantees provided on reducing class sizes as a priority in view of the extent of the reports into smaller classes having a positive effect on education, on inclusiveness and maintaining stimulation most notably at a younger age; the work being completed to achieve the goal of class sizes set previously..
– Maureen O’Sullivan.

I have already stated publicly that because of increasing demographics my Department requires additional resources to simply maintain existing levels of service. Between this year and last year this has involved an increase of around 2,300 teachers.

In my pre-budget discussions with the education partners I expressed the hope that continued improvement in the economy will take us to a position where we can make improvements. However, as I have earlier noted my focus in preparing for Budget 2015 has to be to seek the funding necessary to meet this demographic growth, and not on additional spending measures such as that proposed by the Deputy. If in future years there is funding available to reduce class sizes my preference is that it would be targeted at reducing class
sizes at the infant years.