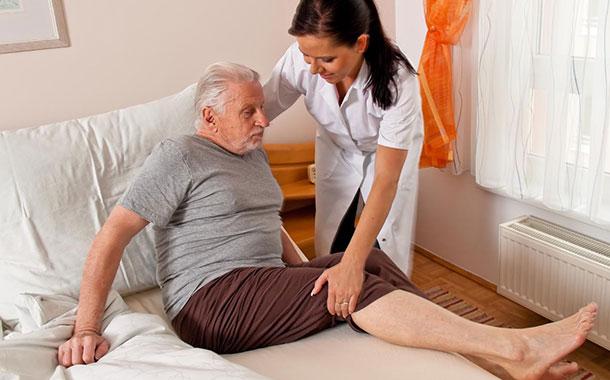 I questioned the Minister on the lack of services for strokes in certain areas, a major issue particularly for those effected that was brought to my attention recently. The advances in acute stroke care, which saved more than 200 lives a year and reduced the rate of severe disability by more than a quarter, are being undermined. The rate of the return home of stroke patients is falling; returning home is more beneficial personally and costs less, but the services have to be there to ensure that. In the four years from 2010 on, the national stroke programme was responsible for reducing nursing home costs by €30 million a year! If the HSE had spent €15 million a year on providing the 200 extra therapists required in stroke units, the cost reductions would be restored and the service would be able to deal with the increase in strokes that the hospitals are seeing. It was horrifying for me to find out that there are more people being employed in a coffee shop in one hospital than there are in the stroke programme in that hospital. You can read the Ministers reply here:

Deputy Maureen O’Sullivan: I welcome the opportunity to discuss this matter. The Minister for Health, Deputy Harris, explained that he had to leave, but I know he will hear about it. This issue is particularly alarming because I was in the audio-visual, AV, room last week and heard from the Irish Heart Foundation and doctors who are involved in the treatment of strokes that there has been a regression from the positives of some years ago. The advances in acute stroke care, which saved more than 200 lives a year and reduced the rate of severe disability by more than a quarter, are being undermined. They are the facts as presented by Professor Joe Harbison, who was the head of the HSE national stroke programme. For me, right across the board on health matters, whether it is to do with heart, cancer, addiction, strokes or whatever, prevention and immediate intervention are paramount. If we get those right, it is infinitely better for the person involved, his or her family and our health services. In the main, prevention and immediate intervention do not cost as much as long-term care.

The facts are that stroke is Ireland’s third-leading cause of death. It is the biggest cause of adult physical disability. Some 20% to 25% of residents in nursing homes are there due to strokes. It is estimated that the rate of stroke will increase by a further 50% in the next five to eight years. There is a crisis and it has been described as an avalanche. Very sadly, this comes after a number of years of improvement. We knew, and the recent census figures have confirmed it, that we have an increasingly ageing population with people living longer. An important indicator of the worsening outcome is the increase in the length of hospital stay and the increase in direct discharges to nursing homes. That is the case for the first time since the national stroke programme was established and it means that the costs are increasing. We know that nursing home care is expensive. There was a figure from 2015 on nursing home care which showed a 2.3% increase, which amounts to €17.3 million. That would pay for 1.6 million hours of home care at current rates. I want to stress very forcibly the fact that death and severe disability from stroke were being dramatically reduced in recent years.

There was a stroke survivor in the AV room who was visible proof of how those procedures were working. He had a stroke a number of years ago and was totally paralysed on one side, unable to speak and unable to move. He got to Beaumont in a reasonably timely way, was subjected to the necessary procedures and normal life resumed. He spoke very graphically of what that has meant to him. If it had not happened, the process would have meant that he would be in a nursing home long term.

In the four years from 2010 on, the national stroke programme was responsible for reducing nursing home costs by €30 million a year. If the HSE had spent €15 million a year on providing the 200 extra therapists required in stroke units, the cost reductions would be restored and the service would be able to deal with the increase in strokes that the hospitals are seeing. It was horrifying to hear that there are more people being employed in a coffee shop in one hospital than there are in the stroke programme in that hospital.

We know what works. Initially, prevention is needed beforehand, as well as awareness and screening programmes for those with high blood pressure and atrial fibrillation. Also required are immediate investigations and assessments of mini-strokes and access to the clot treatment thrombectomy for all stroke patients regardless of location. Timely access is needed to appropriate levels of in-hospital rehabilitation as well as a national roll-out of an early supported discharge programme. That is what works. It is what saves money and lives. I ask the Minister to look at the 2017 manifesto of the Irish Heart Foundation because the measures suggested there are largely deliverable within the funding, with perhaps only a small increase necessary. Many consider as basic the standards of care in other countries that are not available here. This is about preventing death and disability.

Minister of State at the Department of Health (Deputy Finian McGrath): Before I respond to Deputy Maureen O’Sullivan, I warmly welcome the agreement between Vertex, the HSE and the Government on the drugs for treating cystic fibrosis. I want to commend all those involved, including the Minister, the cystic fibrosis families and Ms Rebecca Hunt from Vertex, who did a lot of work on this issue as well. I just want to wish everybody well because it is a good day for cystic fibrosis families and a good day for the health service.

With regard to this Topical Issue, I am very grateful to Deputy Maureen O’Sullivan for providing me with the welcome opportunity to talk about stroke services in Ireland. Let me start by referring to the good work of the HSE national clinical programme for stroke. The national clinical programme for stroke has been in place since early 2010. The vision of the programme is to design standardised models of integrated care pathways for the delivery of clinical care to ensure sustained quality clinical operational management. Overall, the programme aims to improve the quality, access and cost-effectiveness of stroke services in Ireland. The programme can point to many improvements in stroke care since its inception. The HSE has previously advised my Department that emergency thrombolysis is now provided to patients in all regions through improved hospital and ambulance protocols, health professional training and the appointment of new physicians. There is national 24-7 access to safe stroke thrombolysis, the rate of which has increased from 1% in 2006 to a current rate of 13%. This exceeds the national target of 9%.

Access to stroke unit care has been shown to improve stroke patient outcomes through reduced mortality rates, reduced dependency and shorter lengths of stay in hospital for patients. Since the commencement of the national clinical programme for stroke, nine new stroke units have been opened, bringing the total number of stroke units in acute hospitals to 22. This is a major improvement on the first national stroke care audit in 2006, which reported one stroke unit in the country. The programme has also developed a range of care pathways to assist the streamlining and standardisation of stroke care delivery. The cost objectives of the programme have also been met with more stroke patients experiencing improved clinical outcomes. Examples include: fewer stroke patients are dying in hospital – the rate dropped from 16.2% in 2009 to 14.1% in 2014, an overall percentage reduction of 12.9%; fewer stroke patients are discharged to nursing homes and, therefore, there are improved disability outcomes – this decreased from 17.7% in 2009 to 13.8% in 2014, an overall percentage reduction of 22.1%; more stroke patients are discharged directly to home from acute hospitals – the rate increased from 50.7% in 2009 to 51.6% in 2014; and the median acute hospital length of stay for stroke fell from ten days in 2009 to nine days in 2014, with an estimated 19,000 bed days saved in the 2011 to 2014 period. This is all good news for stroke patients. However, I accept Deputy Maureen O’Sullivan’s point that we have to do more and that more has to be done.

Deputy Maureen O’Sullivan: Nobody is denying the progress that has been made. However, there is a real fear that that progress is being undermined. There is somewhat a discrepancy between the facts provided in the Minister of State’s answer and what we heard last week in the AV room. There must be action around the rehabilitation services. As the Minister of State said, more people than ever are living and not dying following strokes, but they are living with the aftereffects of strokes. More lives are being saved because of the improvements in the acute services. However, the therapy to ensure quality of life is missing. The physical, psychological and communication services are available to those with private insurance.

The rate of the return home of stroke patients is falling. Returning home is more beneficial personally and costs less, but the services have to be there to ensure that. We need to look at the way the money is spent. Immediate treatment in hospital, rehabilitation in the community and home care mean less reliance on nursing home care. There is research from the Irish Heart Foundation on the cost of stroke. Out of a direct cost to the State of up to €557 million per annum, as much as €414 million is spent on long-term care for stroke patients. Less than €7 million is spent on community rehabilitation programmes that help people remain at home.

I want to quote from an advocate whose family have suffered strokes. He said: “Tonight hundreds of people will sit down to dinner with their families because of service improvements delivered by stroke teams in every corner of the country in the last six years but a great deal more will not be in their own homes but forced to live away from their families in long-term care because we ultimately did not do enough for them.” He is just asking that we look again at how the money is being spent to ensure people do not have to go into long-term nursing care but can go home.

Deputy Finian McGrath: I am particularly conscious that the early supported discharge service for stroke patients requires attention. Indeed, it has been recognised internationally that early supported discharge of stroke patients from hospital improves outcomes, reduces the need for long-term care and increases acute hospital capacity by freeing up beds. I accept those arguments. The programme has helped to establish three effective early supported discharge teams in Dublin and Galway. The Galway service has developed a model whereby the service can be effectively provided in the more rural areas of Ireland. This and other issues for stroke services will be considered as part of the annual Estimates process, which frames the HSE’s national service plan for 2018.

I take the Deputy’s valid points in regard to quality of life and the return home. We need to develop community rehabilitation programmes and other services in the interests of the patient but also in the interests of cost-effectiveness. I will bring the important issues raised by the Deputy to the attention of the Minister, Deputy Harris.