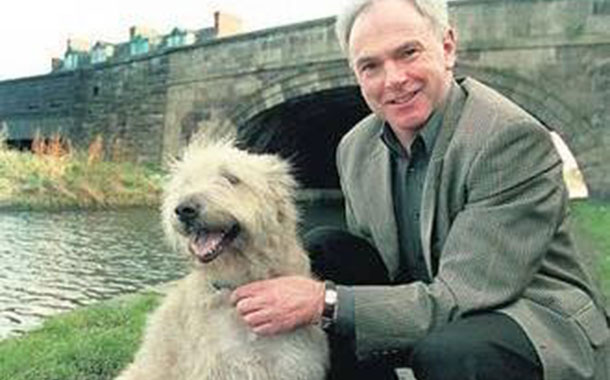 Maureen O’Sullivan is an Independent TD for the Dublin Central constituency and President of the Irish Council Against Blood Sports – www.banbloodsports.com

I introduced my Animal Protection Act (In relation to Hares) calling for a total ban of live coursing in Ireland and it to be replaced with drag coursing which has proved to be successful in Australia and other countries.
The time for masquerading cruelty to animals as ‘sport’ has come and past and Ireland generally has a deplorable record regarding treatment of animals under this sporting pretence.

“the welfare of the vulnerable and defenceless in nature’s creation”. While greyhounds today are muzzled, the cruelty continues for the hares. That is the reason the Bill I propose will make it unlawful to engage in live hare coursing.

In this 14 May 2015 parliamentary exchange, Deputy O’Sullivan refers to a 4-year study which has found that badgers actively avoid fields of cattle and buildings containing cattle.

Maureen O’Sullivan TD calling for a ban on Ireland’s cruel foxhunting. In foxhunting, foxes are chased to exhaustion by a pack of hounds and when caught, bitten, mauled and torn apart. Foxes who try to escape underground into a drain or earth are dug out and brutally killed. Terriermen attached to the hunt send terriers after the foxes to attack and corner them while the clay is dug away from above. In this video, we see Agriculture Minister Simon Coveney trying to defend his shameful decision to allow this barbarity to continue.

Coursing club gets slap on the wrist for intimidating ranger
On 22nd October 2014 in Dail Eireann, Deputy Maureen O’Sullivan asked Minister for Arts, Heritage, Heather Humphreys why a hare coursing club that had intimidated a National Parks Ranger during a coursing meeting last year, was not sanctioned for their actions. The Liscannor hare coursing club breached their licence conditions by intimidating the Ranger in the course of her duties. In her report (accessed by ICABS under FOI) the Ranger stated that she “wished to check the paddock on the morning of the (hare) releases but was unable to due to lack of cooperation and intimidation”. All the coursing club got from National Park head honchos and the Minister was a slap on the wrist by way of a letter, telling them not to do that again, which the Minister claimed was an “approach” that “worked satisfactorily”.

A Nuacht TG4 report on an 18th October 2012 protest outside Dail Eireann calling for the new Animal Welfare Bill to include protection for animals terrorised, injured and killed during bloodsport activities.

25,000 badger body bags ordered by Irish Dept of Agriculture
The Department of Agriculture has ordered 25,000 body bags for badgers as its cruel snaring and culling continues across the country. Department officials confirmed that a cull of 6,000 badgers is planned over the next 12 months. This latest assualt on a supposedly protected species is part of a failed TB-eradication scheme which has to-date claimed the lives of an estimated 100,000 badgers.


Irish politicians Maureen O’Sullivan TD and Clare Daly TD call for the protection of hares during a Wildlife Amendment Bill debate in Dail Eireann on 18 July 2012.

Just how cruel is Hare Coursing?

The time to ban cruel Hare Coursing is now, contact your local TDs