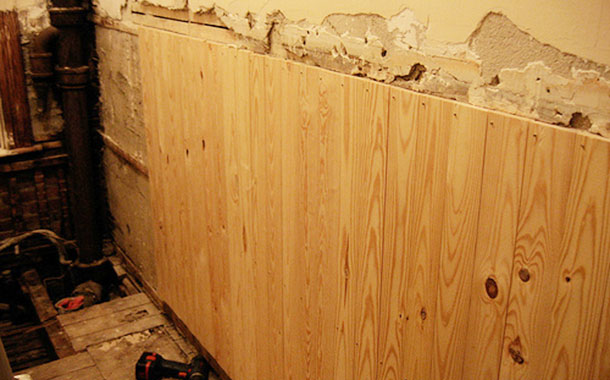 Numerous people have been in touch with me in relation to rental problems they are having in Dublin Central. These are the type of photos private rented tenants send me of the poor living conditions that they are facing. The standard of private rental properties; We have seen hikes in rental prices without so much as a lick of paint invested in the property, while many landlords are extremely transparent and fair there are a minority that raise rents and leave their tenants to live in appalling conditions; I have suggested to the Minister that a system similar to the car NCT test be put in place for rental properties to ensure fairness and that standards are being met.

Secondly the Department of Social Protection need to take a more practical approach to people not being able to ascertain properties that accept rent allowance, I put a question to the Minister asking her to take the common sense approach and pre-approve rent allowance applicants, making it more appealing for landlords to accept rent allowance and improving would be tenants chances of finding a home without the stress that comes with the current system and the panic of finding deposits at short notice in many cases.

As always the Government does not act on the housing crisis which myself and others have highlighted for months now.
Below are the answers I received to both questions:

Question; To ask the Minister for the Environment, Community and Local Government if he will set up a housing standards test, similar to the National Car Test model for cars, to combat the extremely high level of sub-standard housing being rented on the private market in Dublin; and if he will make a statement on the matter.

Minister of State for the Environment, Community and Local Government (Deputy Paudie Coffey)

The Regulations specify requirements in relation to a range of matters, such as structural repair, sanitary facilities, heating, ventilation, natural light and safety of gas and electrical supply. With very limited exemptions, these regulations apply to local authority and voluntary housing units as well as private rented residential accommodation.

All landlords have a legal obligation to ensure that their rented properties comply with these regulations and responsibility for the enforcement of the regulations rests with the relevant local authority supported by a dedicated stream of funding provided from part of the proceeds of tenancy registration fees collected by the Private Residential Tenancies Board (PRTB).

Since the establishment of the PRTB, over €30 million has been paid to local authorities to assist them in the performance of their functions under the Housing Acts, including the inspection of rented accommodation. Over 167,000 inspections have been carried out in this period. Following the enactment of the Housing (Miscellaneous Provisions) Act 2009, local authorities have a strengthened legislative framework available to them which provides for the issuing of Improvement Notices and Prohibition Notices where landlords are in breach of their obligations. Fines for non-compliance with the regulations were also increased; the maximum fine increased from €3,000 to €5,000 and the fine for each day of a continuing offence increased from €250 to €400.

In relation to the level of sub-standard housing being rented on the private market in Dublin, the high rate of non-compliance found as a result of inspections by Dublin City Council and reported on recently, reflects the fact that the inspection effort is targeted at the very properties most likely to be in breach of the standards. A Red C survey undertaken last year as part of the DKM report for the PRTB found that less than 10% of tenants surveyed were dissatisfied with the condition of the property.

The idea of certification has been proposed before and there is merit in the proposal. A 2014 report from DKM Economic Consultants, ‘The Future of the Private Rented Sector’ (commissioned by the PRTB), put forward a number of options in relation to improving the quality of the rental stock. These include:

– improving the enforcement of standards by local authorities by prioritising those properties more likely to be in breach of the required standards, and
– in time, moving to a model where there would be a responsibility on the landlord to produce a certificate of compliance every three years.

In the short term it is my intention to promote best practice in implementing the regulations across the local authorities. The possibility of shared services across local authority areas is also to be explored. The regulations will be reviewed this year and the potential role of certification will be considered as part of the review.

Rent supplement plays a vital role in housing families and individuals, with the scheme supporting approximately 67,000 people at a total cost of €298 million. Over 10,000 new tenancies have been processed since the start of the year, showing that landlords are accommodating persons under the scheme.

Under the legislative provisions governing rent supplement, the Department’s relationship is with the tenant. The tenant’s engagement with the Department usually takes place after the tenant has reached an agreement with the landlord. The Department must verify the existence of a valid tenancy before a claim can be processed. Where all the necessary information is available every effort is made to ensure that rent supplement claims are processed as quickly as possible. It should be noted that under the new Housing Assistance Payment (HAP), responsibility for new applicants with long-term housing needs transfers from this Department to the local authorities. HAP is now being rolled out in 13 local authority areas with further roll-out scheduled later in the year. I have no plans to amend the conditions of the rent supplement scheme at this time.

As previously advised to the Deputy, rent supplement, administered under the supplementary welfare allowance scheme (SWA), is a statutory means-tested scheme which is payable at differentiated rates of payment, taking into account the applicant’s means and accommodation requirements. All income a person or couple has in terms of cash, property (other than the home) and capital are assessable as means. This includes means derived from a cash settlement following separation, including that in lieu of the family home. In the case of rent supplement, the person living in the family home would not qualify for the scheme as their accommodation needs are being met.

The combination of the means test and awarding differentiated rates of payment is premised on ensuring that social welfare payments are paid to those most in need.