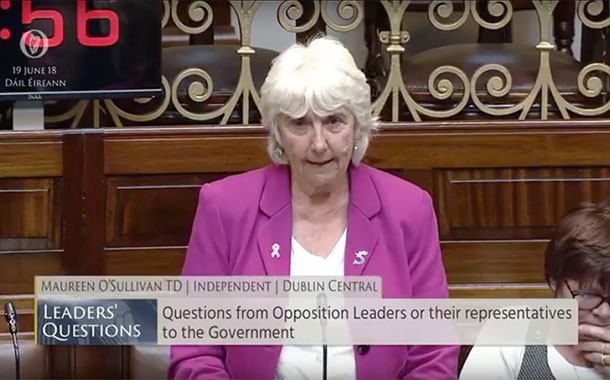 On Tuesday I questioned the Taoiseach about the huge number of drug-related deaths in Ireland, three and a half times more than the number of roads deaths each year and three times higher than the European average; and with the extent of the cuts – 30% to 37% – since 2008 to projects that are working directly at the forefront, it is clear there is no political will to tackle this issue. These projects are now dealing with more complex, difficult and traumatic situations and most of the task forces agree that they are seeing a doubling of the numbers, the drugs crisis is only going to get worse unless the new drugs strategy is implemented.