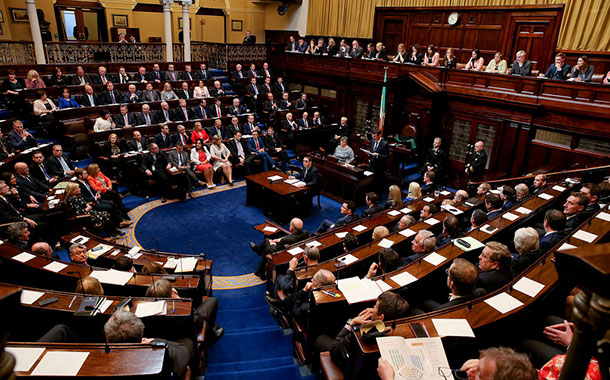 My speech on the Eight Amendment

I will begin by acknowledging all of the correspondence – emails, letters and phone calls – I have received, not just from my constituents but from all over Ireland and even from outside Ireland, expressing a wide range of views. Some were for repeal while others were against it, some were pro-choice, others were pro-life while still others held views in between. Regardless of my own views, I respect all of those views. I hope that the debate over the next few months will be respectful and dignified. The Minister of Health’s speech last night really set the tone in terms of dignity and respect and I hope the debate continues in that vein. Certainly at times we have seen a lack of respect and dignity relating to the matter of abortion. I know that there are very strongly held views, intense passion and commitment on all sides. I have listened to a wide range of views and have tried to be open to all of them. I have listened to women hurt by abortion, women who regretted having an abortion, women who were glad that they did not go ahead with an abortion, women for whom having an abortion was the right decision and women who regretted not being able to have an abortion in Ireland. The reality, as we know, is that Irish girls and women have had and are having abortions, legally or illegally. They are using the Internet to access medicines or are travelling to another jurisdiction for an abortion. The irony is that Irish women have the right to travel to have an abortion but do not have the right to have one here. Of course, it is only those Irish women who can afford it and who have the means that can travel for an abortion.
We have heard data over the last day or two which show that more than 3,000 women travelled to England and Wales in both 2015 and 2016 for an abortion. We do not know how many women travelled to other jurisdictions. It was very telling when the Minister gave details last night on each of the counties in Ireland. What was significant was the fact that women from every part of Ireland are travelling for abortions. We were also given figures for the numbers accessing abortion pills online. The women who travel abroad and those who use the online facilities are not getting medical care here in Ireland. We all know of difficulties that can arise for the women who travel. I have a terrible fear for those who access pills over the Internet, whether they are abortion or other types of pills, because the area is unregulated. There is no medical supervision of women who take these abortion pills and there can be negative consequences.

The terms “pro-choice” and “pro-life” are not helpful because we all value life. However, we are also in favour of being able to make choices and decisions.