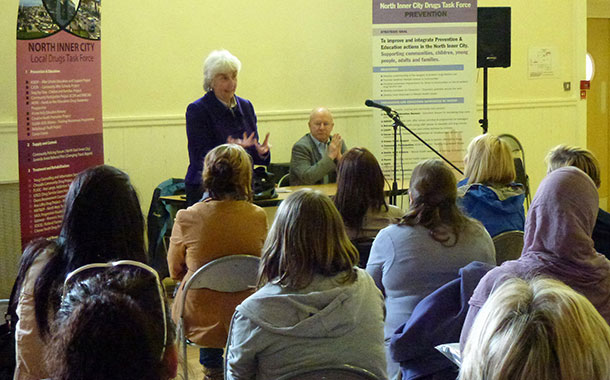 Very positive outcome for the Gardai with Operation ‘Tempest’ leading to drug seizures, arrests and now charges. This came from co-operation and communication between community Gardai and communities in the North Inner City.While some of those charged may not be the ‘big players’, any drug dealing causes havoc, disruption and devastation in our communities.  I hope to see further operations to tackle the visible drug dealing that is going on causing misery to families.

Following on from my Leaders Questions on Drugs and Alcohol, there is no doubt that this issue is not near the top of the political agenda. This issue cannot be allowed to slip further down the political agenda, especially with forthcoming budgets. Budgets cannot be cut any further; at the very least they have to be maintained at current levels.
I spoke on RTÉ Radio One last week in relation to the Cabinet sub committee who must take drugs and alcohol issues much more seriously and they must start the conversation with those in recovery and service users. Have a listen below.
Image: Maureen speaking at the North Inner City Drugs Task Force (NICDTF) prevention and education public meeting.