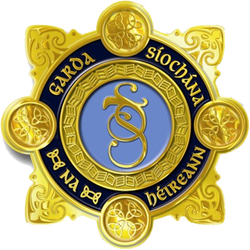 We know of the litany of issues that have been brought to light in the course of this Dáil, including issues relating to penalty points, whistleblower revelations, the bugging of GSOC, the resignation of the Minister for Justice and Equality, the resignation of the Garda Commissioner, and access by the former Minister to information about Deputy Wallace that he revealed on national television. Furthermore, there have been questions around the work of the Department of Justice and Equality and the Secretary General. As a result of all these and other issues, justice has been delayed and denied to many individuals, families and communities. This has all come about because we lack a fair, objective and transparent system of justice, and the situation has been allowed to fester under successive Governments. I acknowledge what Deputies Wallace and Daly have done, because without their work and commitment this unjust, subjective and far-from-transparent system would have continued.

This Bill is not asking too much of the Dáil. That much has been acknowledged, because there are no amendments and there is no opposition to it. The Bill comes from a desire on Deputy Wallace’s part to be part of the resolution and reform. Last night he stated that if the Bill was accepted it could form the basis for discussion, debate and amendment at a later stage, since it has been universally acknowledged that there is a need for an independent body to ensure effective police accountability and because a strong, transparent institution would protect the trust between communities and the justice system.

Like Deputy Donohoe, I attend two joint policing committees, those in Dublin central and Dublin city. No doubt there is a genuine attempt by the Garda to engage at those forums. However, too often it is simply a matter of regurgitating facts and figures and it becomes a platform for political speeches. Sometimes, an issue has been dealt with before the JPC meeting takes place, in which case the meeting ends up discussing something that has been resolved far earlier. I accept and support what Deputy Wallace has included in the Bill relating to JPCs and the call for more meaningful reform.

On the other hand, I wish to highlight a different response in the constituency that Deputy Donohoe and I share – that is, the response from the community policing forum. This has been a far more open, frank, no-holds-barred engagement between communities in the north inner city, the Garda and the local authority. I attended a meeting last night in Killarney Court along with a chief superintendent, at least one other superintendent, two inspectors, several community gardaí and approximately 50 residents, as well as local authority representatives. That model has emerged from difficult and fractured relationships between gardaí and local communities for many years. It is a tribute to the staff and the co-ordinator, Marie Metcalfe, that we have a far better system in the north inner city. There is a better, more open relationship between the Garda and the communities, and this could be a way forward for other communities outside Dublin. The pillars of the forum include ideals such as partnership, problem solving, accountability, visibility, accessibility, improved response and especially collaborative engagement. I realise no system is perfect; there have been difficult times, and issues will continue to arise. I was in the AV room some months ago with families and individuals invited by Deputies Wallace and Daly. I listened to their stories from outside Dublin and I thought to myself that if only they had something similar then they might have been spared the anguish, pain and distress that they were subjected to because of the lack of a fair or transparent system.

There are positive proposals in the Bill, including the suggested wider remit of the range of complaints and full and independent access to the Garda electronic databases. It is also positive that the Bill addresses power-sharing and, in particular, de-politicising the Garda Síochána. I believe the Bill will contribute towards comprehensive, impartial and full investigation of complaints, whether they come from the public, serving gardaí, former gardaí or communities. There must be proper channels to do this and I believe the Bill contains positive suggestions in this regard.

I support the call by Deputy Wallace last night for the Minister to reopen the section 106 inquiry into Corrib gas events as a gesture of goodwill, because there has been an appalling travesty in that case. The Bill is supported by many organisations and individuals who are involved in civil liberty and human rights matters.

It is positive that the Bill is being accepted. I hope it will not languish somewhere and that it will be part of a genuine reform. Perhaps this measure is a step towards a more collaborative approach to issues rather than the usual confrontational or adversarial approach.