I have written to over 100 members of the House of Representatives, Senators and Delegates in the US seeking assistance on their side of the Atlantic to the very serious matter I raised with the Taoiseach in March. So far I have received positive responses from the offices of many Members of Congress and the issue is receiving media attention. Please find my Press Release attached and my Radio 1 interview.

Deputy Maureen O’Sullivan has written to over 86 Congress members in the House of Representatives, 20 Senators and 3 Delegates seeking help in furthering her inquiries as to how an Irish swimming coach charged of very serious crimes was allowed access into the United States and granted a green card.

There has been 27 charges of indecent assault and unlawful carnal knowledge brought against this man and there seems to be a litany of mistakes and unanswered questions into the circumstances surrounding this mans entry into the US, where he has been living for over 20 years. 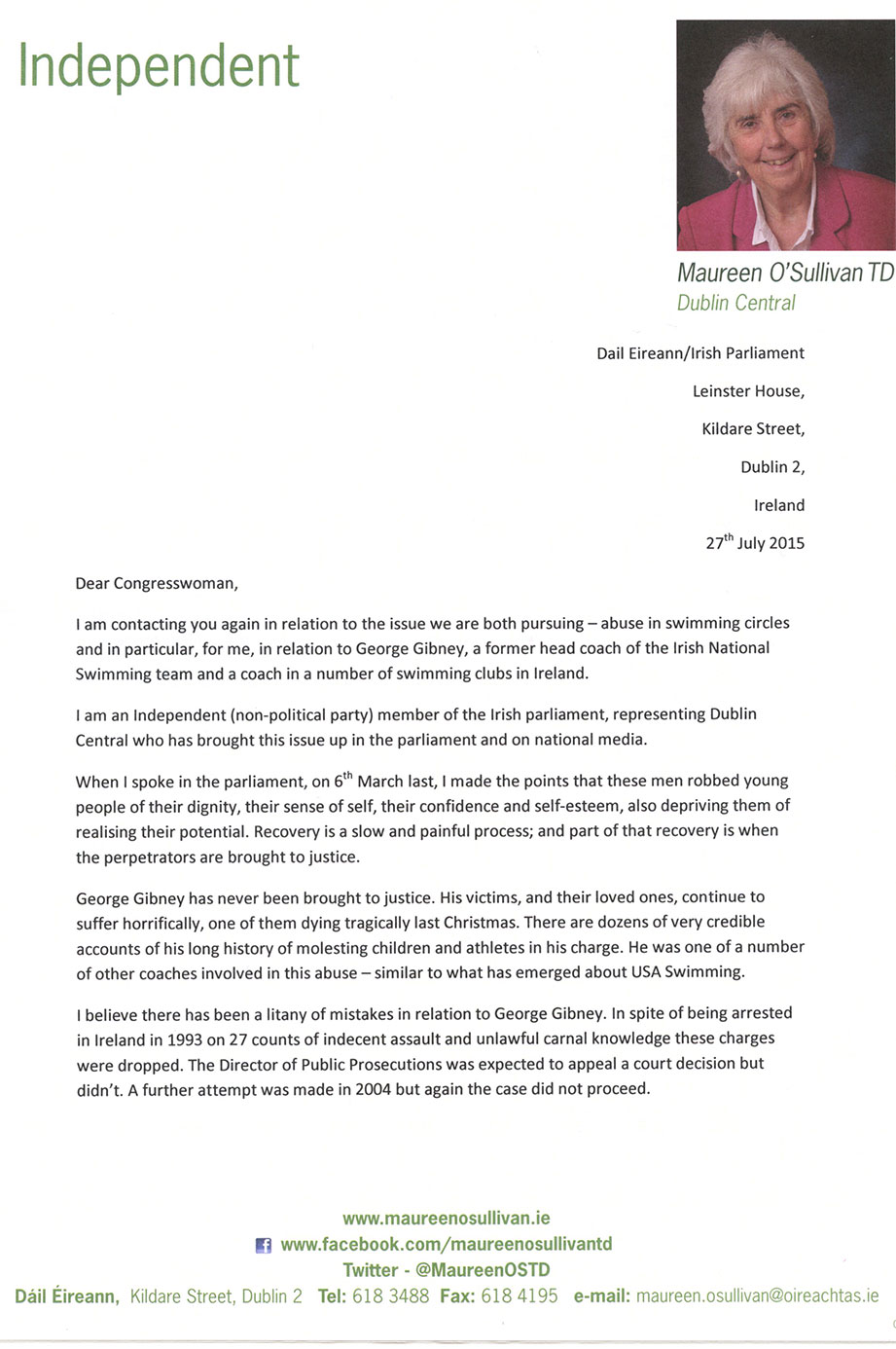 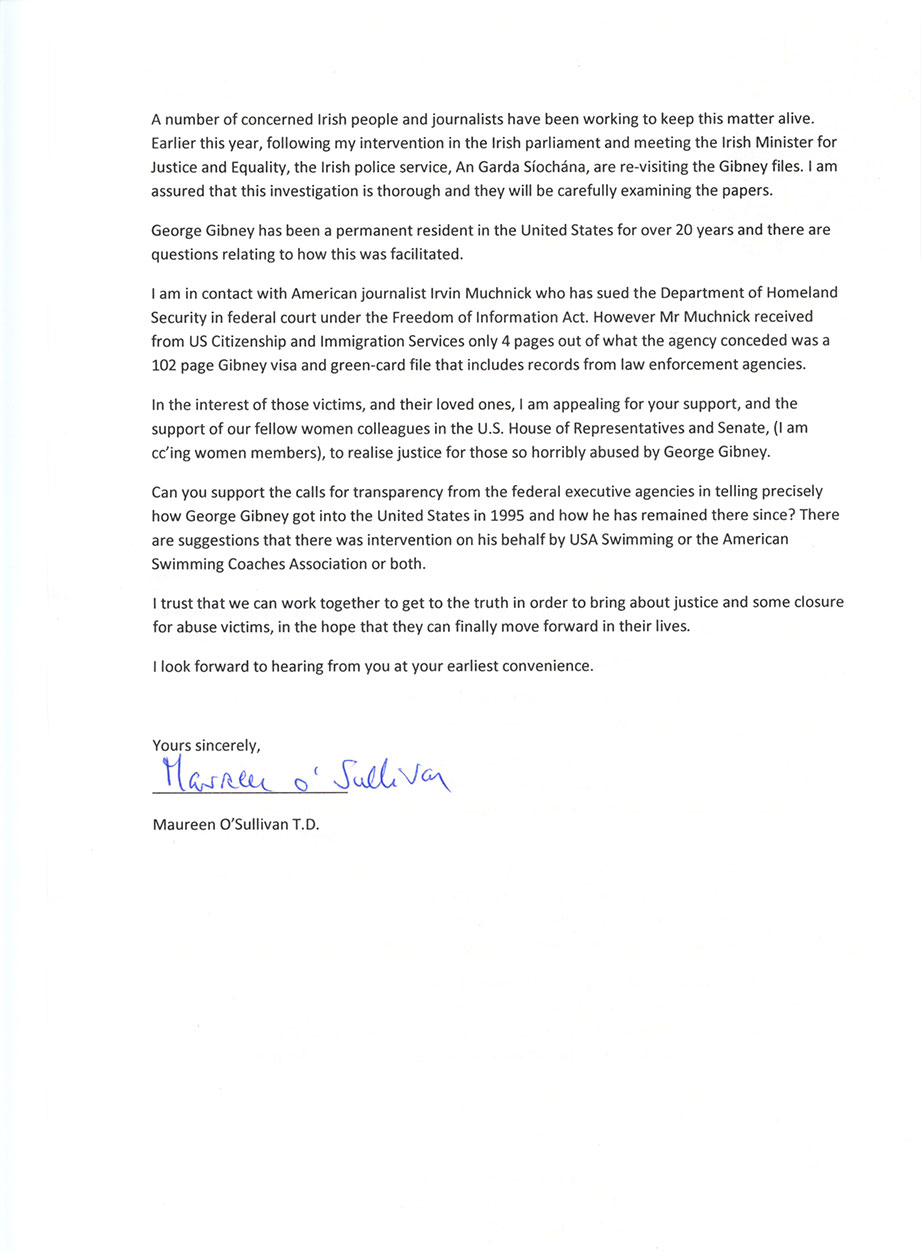