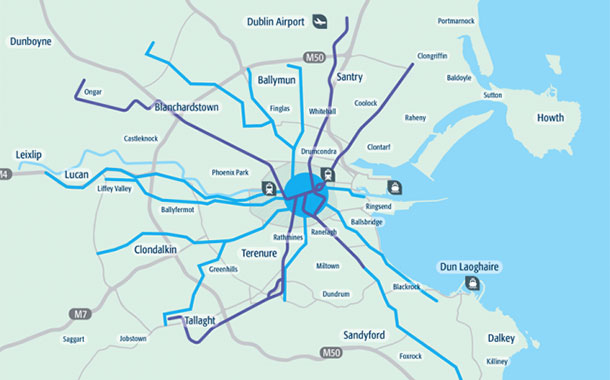 In spite of current criticisms of Dublin Bus, for example, people getting on in the outer suburbs and there being not enough room on the buses by the time they come to the inner suburbs, I think Dublin Bus has been providing a very good service. Its staff have been very courteous and helpful. Obviously, there is a need for some changes. I would highlight the cross-city routes that have been introduced, which have been of great benefit. The one I know best is the 151, which covers the north side, docklands and St. James’s Hospital, the Coombe and Our Lady’s Children’s Hospital, Crumlin.

We know Dublin is growing and that this growth means that changes are needed. I understand the need to tackle the duplication of routes and the need for more orbital routes so some change was needed. However, it is the way in which change and proposals for change are handled that is the issue. Commuters do not want to lose what they have become used to, particularly something that has served them well over the years, so any mention of change must be handled in a very sensitive way. It must be handled carefully with the commuter in mind.

Many of venues for this consultation have been hotels and shopping centres. There could have been a better use of community centres and places within communities that would be more accessible to the people. From talking to people who went into some of the hotels, at times there were more staff there than there were members of the public coming in to find out. The Minister for Employment Affairs and Social Protection said earlier that the end game may be different but the consternation, dismay and protests could have been prevented if all of this had been handled properly because, no doubt, it is being seen as a fait accompli. Surely the first exercise should have been with the commuters and staff about what is and is not working and how to improve things so that the proposal becomes a collaborative effort. One will not get 100% agreement but people can work through consensus building.

These proposals are presenting real difficulties. For example, those people who get on one bus and stay on it for a 45 or 50 minute journey must now get on a bus, get off it, get on a bus and get off it. How is that supposed to be age-friendly, not to mention people with a disability? The blurb from BusConnects talks about employers, employees, visitors, tourists and cyclists. This is all very well; they need transport but what about those who are older or who have disabilities? They do not need multiple journeys.

Much More Work To Be Done

There are positives that people have acknowledged such as low-emission vehicles, a 5 minute service along the spinal route and a 7.5 minute service along the orbital route. Like so many other TDs, the two buses in my area will be replaced with one and it does not appear as if the service will be much better. We saw the debacle with MetroLink. I thought the NTA would have learned from that to do a bit more thinking outside the box beforehand and to do the thinking away from the office and away from just paper plans by getting out and talking to people. One good thing is that the Government’s amendment recognises the need for more to be done on this. We need real consultation, not just presenting it the way it has been presented, namely, as a fait accompli or a done deal.