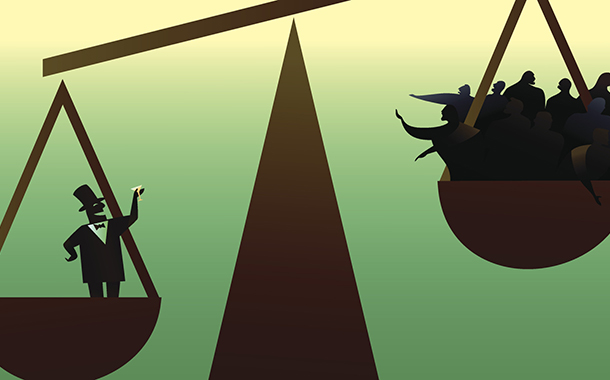 Before the Taoiseach jetted off to the Annual Meeting of the World Economic Forum in Davos, I got the opportunity to raise The World Economic Forum has placed Ireland eighth in its inclusive development index for economic performance. That report also points out that Ireland is faced with high income inequality and soaring wealth inequality. The theme for the World Economic Forum, which the Taoiseach is going to attend, is a “Creating a Shared Future in a Fractured World”. A significant way to mend that fracture is by a real commitment to tax justice and a commitment to those measures that have been identified as being capable of putting an end to the dodging, evasion, avoidance and tax havens. All of that tax injustice deprives countries of the resources they need, impacts on developing countries and prevents them moving beyond reliance on aid.

When he addressed the European Parliament last week, the Taoiseach said “Ireland is not a tax haven … and we don’t want to be seen or perceived as a tax haven”. Two reports were issued recently. The first, Tax Games: the Race to the Bottom, is from Tax Justice Network Ireland, and the second, Reward Work, Not Wealth, is Oxfam’s annual report and it came out just before the forum at Davos commenced. Both point to the need to challenge and change international tax rules that keep so many people in poverty and ensure inequality within and between countries. According to the Oxfam report, the executives in the top five global fashion brands make in four days what it takes all the garment workers in Bangladesh to earn in a lifetime. If Ireland is committed to tax justice, we will adopt full country-by-country reporting of all large companies and multinationals, which will be publicly available for each country where these companies operate, with a breakdown of turnover, employees, physical asset sales and taxes.
Spillover analysis relating to another report shows that Ireland is also a leader in the context of the impact of its tax system on the developing world. Some developing countries are experiencing an increase in serious investment from Irish businesses. For that and other reasons, there is a need to consider tax spillovers again and how, for example, capital gains tax is avoided at a time when valuable assets in developing countries are being sold offshore. We need to review the tax free treatment of royalty and interest flows, our growing role as an international holding location and a conduit for intellectual property, and the need for a clearer and less complex system for taxing multinationals and large companies because international tax advisers are offering their clients opportunities to use Ireland as a conduit in precisely the ways that the spillover analysis said could not happen. Will the Government re-examine tax spillovers, particularly in the context of their impact on some of the poorest countries in the world.

The positives will be undermined unless we really look at the negatives. We have a considerable reputation when it comes to humanitarian aid. Irish Aid is 100% untied. We also have a major reputation because of our work on the sustainable development goals. The Government launched a national plan on business and human rights. Part of that report is about policy coherence. It outlines that human rights have to be protected, as well as promoting economic trade, growth and investment. They should complement each other. We are being undermined by very reputable reports which say that our tax code is harmful to developing countries. Instead of the double Irish, we now have what is known as the single malt, and one way to deal with that is to ensure that all Irish registered companies are tax resident here. It would also mean supporting a UN intergovernmental body on tax. It also means supporting transparency around treaty negotiations and an analysis of the tax breaks in Irish law that multinationals can and do exploit. Surely if we want an economic and tax policy which benefits everybody, the Government will be committed to doing that, and will also ensure that we are not a tax haven. If the EU was to apply its criteria to EU members, there would be EU countries on that blacklist, and Ireland might very well feature.