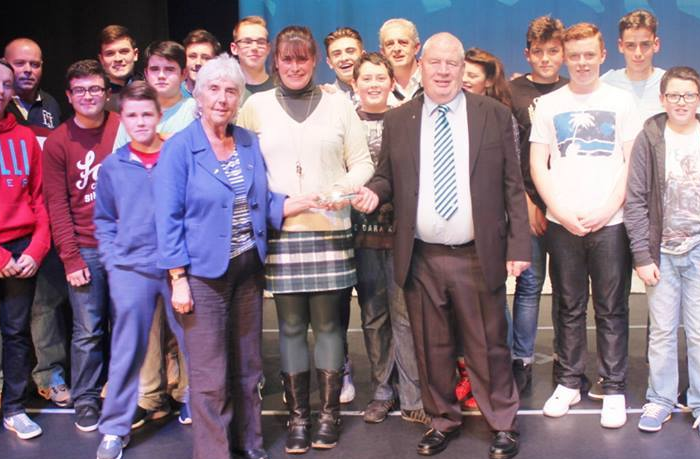 Clasach on Alfie Byrne Road was the venue for the Cavan Centre Annual Awards on Thursday night and what a night of talent. An amazing show from C ‘n S from Ballyfermot whose leader Hannah Shortall won the Individual award; the talent of these young people from 3yrs to over 18 was something else; the dancing, singing, co-ordination, energy, enthusiasm were just fabulous. Hannah explained it all came from wanting to give the young people confidence in themselves. Costumes were spectacular. Would have to say it was a thoroughly professional show; Also on the stage were 3 lads from Jobstown – great singing and local girl Paris opened the evening. The group award was won by Liffey Gaels.