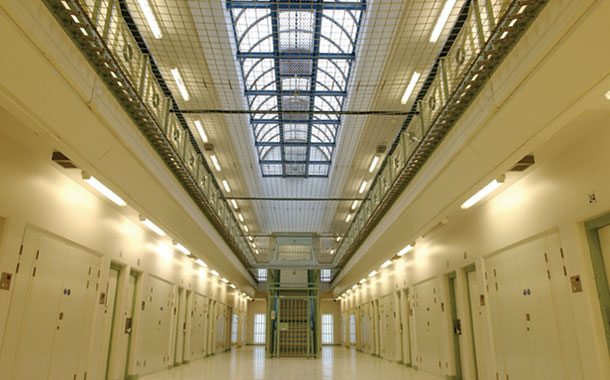 The ongoing issues relating to prisoners in Maghaberry prison

The Technical Group wishes to express how appalled it is at the atrocity in Pakistan, which is particularly horrendous in the way it targeted young people in education.
My question also relates to Northern Ireland. We are familiar with the unresolved issues of flags, parades and legacy issues, as well as the recent issues of finances and economics. However, one issue is conspicuous by its absence, although a number of Senators and Deputies have been pursuing it for a number of years through meetings with the Northern Ireland Minister for Justice, Mr. David Ford, MLA; the Secretary of State for Northern Ireland, Ms Theresa VIlliers, MP, and other authorities in Northern Ireland. That issue is prisoners in Maghaberry Prison which we have visited a number of times. We are all totally opposed to violence and our interest in and engagement with the prisoners is because of our commitment to protect the human rights of all prisoners in every jurisdiction. One of the issues is strip searching which continues, despite all of the technological advances made. There are some particularly horrendous examples; for example, a prisoner in Maghaberry Prison was handcuffed to a warder in order to attend a hospital appointment. Although the appointment was cancelled before he left the prison, he was strip searched before being returned to his cell. We have other examples of prisoners who when appearing in court are handcuffed the whole time, but who nonetheless are strip searched when they return to prison. It is one of the most degrading and humiliating experiences for a prisoner. There are other issues regarding controlled movement, the isolation of prisoners, health care and education. It all led to an 18 month dirty protest by republican prisoners. We have also met loyalist prisoners with similar issues regarding health care and controlled movement.
In the past eight years there have been investigations and reports with recommendations that have not been implemented, leading to the most recent stock take. When we visited in August, there were expectations among the prisoners we met that the stock take would lead to real change. Approximately three weeks ago, we returned and there was disappointment at the lack of real progress on the issues raised. Have the issues relating to prisoners and their rights ever been addressed at any of the meetings? If not, will the Taoiseach ensure they are addressed in the interests of a conflict-free environment in prison and society?

It is a good question, in which the Deputy has had an interest for some time. The matter of prisoners’ rights was not discussed, either in the plenary sessions or the discussions with the individual parties on Thursday and Friday. This is not to say it has not been discussed in the past ten weeks with the Minister for Foreign Affairs and Trade, Deputy Charles Flanagan; the Minister of State, Deputy Sean Sherlock, and the Secretary of State for Northern Ireland, Ms Theresa Villiers, MP, although I cannot confirm this. Thursday and Friday’s discussions were about the broader political issues. This is an important issue in its own right and I will have it pursued for the Deputy. I will ask the Minister for Foreign Affairs and Trade to confirm whether discussions about it took place in the past ten weeks and, if not, I will ask him to take it up directly with the Secretary of State for Northern Ireland.

Another issue which previously affected republican prisoners and is now affecting loyalist prisoners is the revocation of licences which can be revoked based on closed information, which makes it very difficult for prisoners to try to defend themselves. There may eventually be a Parole Commissioners of Northern Ireland hearing which could be cancelled at the last moment. If release is eventually granted, it is with very stringent conditions. Our group is also concerned with miscarriages of justice similar to those suffered by the Birmingham Six and the Guildford Four. The late Gerry Conlon took up the issue of the Craigavon Two. The two men concerned have been in prison for a number of years, despite the fact that the case was not proved against them; it was reliant on the word of a very dubious witness and the forensic evidence was contradictory and discredited. However, the men will be in prison for another two years while they wait for their case to go before the UK Supreme Court.
These issues cannot be left unaddressed because they undermine peace and stability. Regardless of one’s view of the Good Friday Agreement, nobody wants Northern Ireland and the Republic of Ireland to return to violence. We need real engagement, discussion and dialogue with those who disagree with the Good Friday Agreement, both republicans and loyalists, because they feel abandoned and let down. We also require real engagement on prisoner issues and implementation of recommendations reached in agreements. In the interests of fair peace and justice, I ask that these matters be part of talks that take place with the authorities, particularly with the Northern Ireland Minister for Justice and the Secretary of State for Northern Ireland.

The Minister for Foreign Affairs and Trade answered the Deputy’s question in November confirming that justice and policing powers had been devolved to the Northern Ireland institutions following the Hillsborough Castle Agreement in 2010. Mr. David Ford, MLA, has since been Northern Ireland Minister for Justice, while an executive agency of his Department, the Northern Ireland Prison Service, is responsible for implementing prison policy there, as the Deputy is aware. A comprehensive review was chaired by Ms Anne Owers, from which flowed the Hillsborough Castle Agreement which was published in October 2011. The review set out a path for the prison system in the North. Implementation of the 40 recommendations made in the agreement is due for completion next year. Progress is being overseen by an independent group which reports on progress every six months. Ms Owers recognised that Maghaberry Prison was unable, as the Deputy said, to meet the challenge of providing appropriate security and for sufficient and relevant activities for its long-term and short-term prisoners, including those in prison for paramilitary offences.
In the summer of 2010 republican prisoners in Maghaberry Prison’s Roe wing protested about conditions. An agreement between prisoners and prison management, known as the Roe House agreement, was concluded in August that year and four independent assessors were appointed to assist in its oversight and delivery. On the recommendation of the Prisoner Ombudsman, Mr. Tom McGonigle, the independent assessors carried out a stock take of the implementation of the Roe House agreement in August and September. The Northern Ireland Minister for Justice published the results of the stock take on 12 November, highlighting the areas in which progress had been made since 2010 and issues of concern to prisoners and management. The report was based on free access to Maghaberry Prison and its prisoners, as well as contact with the prison authorities, the Prisoner Ombudsman and prison officer representatives. Any documentation requested was made available.
The independent assessors highlighted the murder of a prison officer, Mr. David Black, in November 2012 by so-called dissident republicans as a significant challenge and a breach of the principles underpinning the agreement. Ongoing threats against members of the Northern Ireland Prison Service and officials dealing with prison welfare have further complicated relations and damaged trust between the prison service and prisoners. All threats against those working in prisons and with prisoners in Northern Ireland are unacceptable. The recent stock take was accepted by the prison service and the relevant prisoners and opens an opportunity to resolve outstanding matters in order that the unimplemented elements of the Roe House agreement may be put in place. The independent assessors recommend a time limit of six months for the resolution of the outstanding issues involved. I will follow through with the Minister for Foreign Affairs and Trade and the Secretary of State for Northern Ireland and advise the Deputy of the outcome. I thank her for the question.