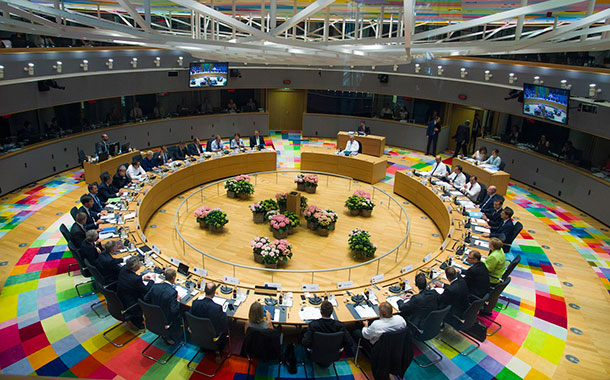 Thoughts on the EU’s overall political direction and priorities

On Migration: EU policies and the actions of certain countries created the reasons people are migrating. I refer to issues such as arms sales, tax measures and unfair trade treaties. They are the factors keeping those countries impoverished, which leads to migration. Europe will talk about tackling the root causes of migration but it is much easier to put up barriers. That also loses sight of the fact that there is far more internal migration within Africa than there is outward migration from Africa.

Migration will be discussed at the EU Council under the heading of implementation of the comprehensive approach to migration. Does that comprehensive approach include the increasing securitisation agenda when it comes to migration? It is undermining and certainly threatening the EU aid budget. There is a fear of considerable funding going to the securitisation agenda, the “fortress Europe” image is damaging to the founding principles of the EU. There is undeniable hypocrisy in President Tusk’s recent statement following the Salzburg summit, when he said that we may not agree on everything but we agree that the main goal is stemming illegal migration to Europe. President Tusk also spoke about co-operation with third countries. If we look at some of them, however, Libya is a failed state, while Turkey has a questionable human rights agenda.

On War: We know about the lucrative arms deals. French contractors delivered €2 billion worth of equipment to Saudi Arabia. In the first half of 2017 arms sales from the UK to Saudi Arabia came to €1.25 billion. While Germany has stopped selling arms to the Yemen conflict, there are questions over its motives, as the arms industry is not as vital to Germany’s GDP as it is to that of France and the UK.

Preparation for the upcoming summit with the League of Arab States will be on the EU Council’s agenda. Yemen has to be the main item of that summit. The conflict going on since 2011 is a seven-year conflict in a country that had so many challenges even without a war. This war is not about Yemen. It is a power struggle between Saudi Arabia, backed by the US, and what they see as Iranian influence and support for the Houthi rebels.

While the peace talks are happening, there has been very little condemnation of the war from the EU council, the attacks on civilians, the starvation and the malnutrition. It appears that the EU’s economic relationship with Saudi Arabia is more important. Given the wealth among the Arab countries, surely they have a moral obligation to stop fuelling a conflict that has such consequences for the population and to step up humanitarian aid. It is reckoned that more than 60% of deaths in Yemen were caused by Saudi airstrikes.

On Peace: South Sudan has experienced nearly five years of civil war with 50% of the population in need of humanitarian aid and millions of people displaced. It is now on its 12th peace deal which is very fragile. There is a role for the international community, including the EU, to ensure that this peace deal lasts. The EU can play a role with those who are genuinely committed to reconciliation and sustainable peace. Ireland has been very forthcoming in giving vital aid. More challenging and equally vital is Ireland working through the EU to ensure the peace holds.

Regardless of the views and our relationship with the Spanish Government, there is support for Catalan independence. Two Catalan civil society leaders, seven Catalan politicians, including a former speaker of the parliament, and others are in exile across Europe. While it is an internal matter the EU could be more proactive in trying to prevent an escalation of unrest in one of its member countries.