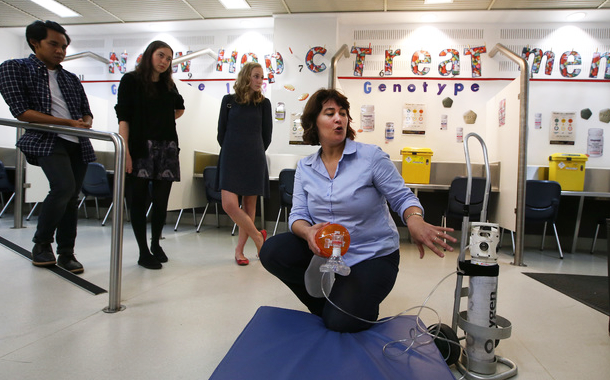 In the north inner city and various parts of the city, one will see so many addicts injecting in laneways, side streets, main streets and doorways as well as on the DART and the Luas. That is the reality. Why support supervised injecting rooms…..? Because the alternative is to turn a blind eye to public injecting. Evidence from the approximately 90 drug consumption rooms around the world shows their effectiveness in reducing deaths, decreasing the incidence of public injecting and reducing drug related litter.

There are great examples in Dublin Central of treatment and rehabilitation services that are making a huge difference. Some of these services grew out of initiatives in the community because it was the community that was dealing with the effects of addiction and which saw the need for these services.

Last week I spoke in the Dáil about the urgent need for injection rooms. Whenever I speak about drugs and addiction in the Dáil I am reminded of my predecessor, the late Tony Gregory who, from the time he came into the Dáil in 1982, was a lone voice for many years on drugs and addiction. At that time, officialdom was unaware, ignorant and indifferent to what was happening in our constituency. He used every opportunity to try to ensure these issues would not be forgotten. He highlighted the direct link between disadvantage and hard drug use. At that time, heroin was ravaging Dublin’s inner city families, individuals and communities. The response had to be policy driven and it required an inter-agency approach involving the community and voluntary sectors and a co-ordination of services.

His pioneering work eventually led to the establishment of the drugs task forces, the Criminal Assets Bureau, CAB, and the national drugs strategy. We all know the pillars of that strategy. My own involvement in this area included chairing the north inner city drugs task force and, before that, the young people’s facilities and services fund. In that context, I wish to refer to prevention and education because if we could get that right, we would really see a reduction in the numbers who get into addiction. I hope the new strategy will be stronger in that area than previous strategies. I know, from my own work, of many excellent education programmes which develop young people’s critical thinking, teach them how to cope with peer pressure and to be assertive and confident in their ability to make decisions about taking drugs or alcohol. We have been doing work in the north inner city on these areas. I have learned about numerous very progressive programmes that are being run by community and youth leaders, as well as local councillors, in different parts of Dublin. Such programmes represent direct, meaningful and appropriate engagement with young people and they are working. We all know of wonderful young people with massive potential who have lost their way through addiction.

I must acknowledge all the treatment and rehabilitation services for those in addiction, including the 12 step programmes, the methadone clinics, the harm reduction programmes and the counselling services that are being provided by accredited counsellors. Indeed, I wish to stress the importance of the accreditation of counsellors. There are programmes available that are specific to young people, women and to mothers.

Everyone knows that the road out of addiction into recovery is very difficult, and for many in addiction it involves relapses and hospitalisation. We are all aware of the numbers of people who have lost their lives to addiction. I am very familiar with the Ana Liffey Drug Project. It was set up many years ago by Mara de Lacy and Frank Brady at a time when there were very few services available and very few people reaching out to those in addiction. The project has developed considerably since then in response to emerging needs and it has done much work on proposals for supervised injecting rooms. When those running the Ana Liffey Drug Project realised that drug users were not presenting for services, it increased its use of outreach workers who would go out to those in addiction, bringing them harm reduction and health related material, including freefone numbers and so forth.

The Minister of State has met representatives of the Union for Improved Services Communication and Education, UISCE. UISCE is a service users forum which is rolling out very innovative, peer-led programmes involving users.

Two years ago, staff of the Ana Liffey Drug Project asked me to host an event in the audiovisual room in Leinster House. It was a presentation of the project’s position on the concept of medically supervised injecting centres. They showed a film of an injecting room in Australia. To be honest, it was very difficult to watch people injecting themselves. It was obvious from the film that a very particular client group was using the injecting room. They were long-term users of heroin who, for various reasons, had not stopped taking heroin. The heroin addicts in the film were older, articulate and their drug use was such that they were able to wait to get to the rooms before injecting. However, the lives of some of our injecting heroin users are so chaotic, probably due to polydrug use with alcohol, that I would be concerned about their ability to wait to get to injecting room to use the facilities. That said, the project and outreach workers will know the client base who can avail of the rooms.

It was obvious from the film that staff were highly trained. It was also obvious that a number of other services were being offered in the injecting room and that is something we must get right here. I have spoken to people who have either visited or worked in injecting rooms and I know that the Minister of State visited one such facility in Copenhagen. I was told that because other services were available, the addict was in a space where he or she could be engaged with and that some were able to address their drug use. Counsellors saw a reduction in usage, with some clients being supported into recovery. Indeed, we should never lose sight of recovery, and supports must be available to encourage people into recovery.

In that context, I want to mention Recovery Academy Ireland, which grew out of research conducted by the Soilse drug rehabilitation project. Soilse and other projects have been supporting the recovery journey because apart from the obvious benefits to the life of the person in addiction, there is also a payback for communities and an economic payback in terms of our health services. Former addicts are providing a payback themselves by becoming recovery coaches, enabling, facilitating and supporting others into recovery. There are really good examples of recovery academies in England and Scotland which have set up recovery cafés and recovery business centres. The latter are aimed at people who were in addiction and are now in recovery but who cannot get bank loans to set up in business.

We all know that detox programmes are vital for many taking the first step into recovery. We also know of the value of methadone which gives people stability in their lives, but it is not a long-term solution except in a limited number of cases. There must be an exit strategy built into methadone programmes. I would stress that injecting rooms are but one part of a much bigger picture. As we know, addiction services were very badly hit by successive recessionary budgets. I support the provision in this legislation as a harm reduction measure for chronic drug users. It will provide a controlled space for them to inject, but again this is just one programme. We must not lose sight of the other programmes and strategies that form part of the national drugs strategy.

Addicts will have access to clean, sterile injecting equipment in the injecting rooms. Trained staff will be there to supervise the injecting and to act in the event of difficulties arising, including the possibility of people overdosing. I have one question regarding the Title, which is the Misuse of Drugs (Supervised Injecting Facilities) Bill. What exact level of medical supervision will be available?

There are diverging opinions in Ireland on injecting rooms and all sides can present facts to support their arguments. I am not so naive as to think that this will be plain sailing. We cannot expect injecting rooms to prevent drug use, to divert all drug users from risky behaviour or to solve the wider issues of drug dealing. However, there is no evidence that the rooms recruit drug users into injecting. Rather, they are there for those who have been injecting long-term. This cohort of drug users needs encouragement, support and treatment towards recovery, but while they are injecting, they are deserving of our compassion and are deserving of dignity in their consumption and the rooms will give them that.

I know the relief it will give their loved ones because they are constantly waiting for the knock on the door to say that the addict has been found in a laneway or a doorway with needles all around them.

For the consumption rooms to have a chance of working, location is important. They have to be easily accessible and the opening hours have to be flexible. I know the concerns in Dublin regarding location. However, addiction services and consumption rooms in other cities do not attract the same attention as they do in Dublin. It is vital that there is engagement with the residents and with the Garda. It comes down to management and staff.

There are two ironies. First, how cool and trendy it is for a certain cohort of drug users to do their lines of cocaine in the nightclub or in the hotel and yet at the same time, people who are injecting are looked down on. However, the same drug dealer is providing the drugs for both cohorts. Another irony is that we do not want them located near schools but in Dublin’s north inner city schoolchildren going to school every day are watching people injecting.

I wish to make a point about the licence holder’s and his or her responsibility. There is another concern about section 19(1)(e) of the 1977 Act. There is a need to amend the provision regarding immediate personal consumption to be limited to small amounts of the drugs. We need to keep this under review as we go along. There also is an insurance element. Those places in Dublin involved in the needle exchange programme are experiencing huge increases in insurance premiums. Insurance premiums have gone from €2,000 in 2016 to nearly €15,000 in some areas now.