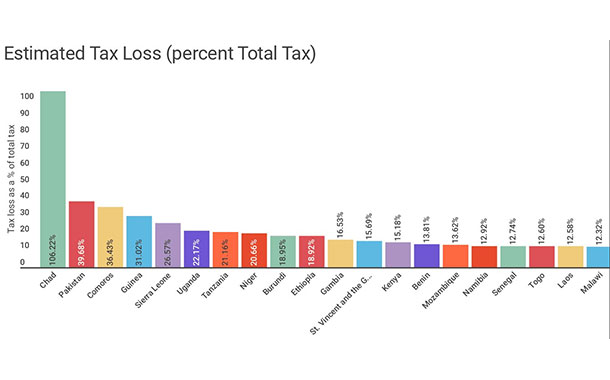 There is widespread hardship for those in the developing world due to something called “profit-sharing” which is a number of loopholes being used by multinational corporations. It means developing countries are losing BILLIONS that could fund their services. I had the opportunity to raise this with the Tánaiste Simon Coveney.

Deputy Maureen O’Sullivan: During his Budget Statement last Tuesday, the Minister for Finance, Deputy Donohoe, spoke about “building a global and a robust tax architecture that works for all into the future … [and] “a stable international tax framework”. I am referring to those words in the light of the OECD-led work programme to develop a consensus-based solution.
The issue I raise is the need for comprehensive tax reform that would stop corporate tax dodging and limit tax competition. It is important that Ireland represents a strong voice that is committed at the OECD and at home to addressing the challenges of taxing multinationals in the digital area, to putting a stop to corporate tax dodging, to ending the race to the bottom in corporate tax and incentives and, especially, to generating additional revenues where the economic activity takes place. It is particularly important for Ireland to be that voice because of our commitment to the least developed countries.
The current system does not benefit developing counties, some of which are our partner countries. They need the income from corporate tax to provide badly-needed services in health, education and agriculture as well as to mitigate the effects of climate change. If the corporate tax system is not fair to them – we know it is not – then we are depriving those countries of the ability and capacity to raise revenue through income tax and other taxes. This is totally at odds with our policies as conveyed in A Better World.
Multiple loopholes in the international tax system allow for artificial profit-shifting to tax aggressive jurisdictions. Profits generated from sales and other digital activities in one territory can be largely untaxed. The loopholes mean there is little profit to the countries where the production of goods takes place. They allow countries to offer lower and lower corporate taxes to be attractive to investors. One example is tax holidays because of pressure from foreign nationals. Another example relates to the pharmaceutical industry. In seven developing countries, four of the big US pharmaceutical companies avoid an estimated €96 million every year. Some of them pay little tax on profits in Ireland even though they make significant profits here. Multinational corporations are paying less tax than they did before the crash in 2008. They continue to shift as much as 40% of their foreign profits to tax havens. The International Monetary Fund, IMF, put a figure of $456 billion on the losses to governments because of corporate tax shifting.
The least developed countries are especially under-represented on the inclusive framing steering group. As we are committed to A Better World and as we have a strong reputation for humanitarian work, will we also commit to supporting a minimum effective tax rate in every country? That would mean an end to tax havens and it would benefit the world.

The Tánaiste: I will try to do the same. The Minister for Finance, Deputy Donohoe, has consistently stated that further change to the international tax framework is necessary to ensure we reach a stable global consensus for how and where companies should be taxed. Change is coming to the international tax system. The ongoing work at the OECD will result in further substantial alterations to the international tax architecture. The challenge before us is to build a global and robust tax architecture that works for all into the future. As part of this work the OECD secretariat has published a consultation paper this week on its proposals. The paper outlines a potential approach for making changes to the international corporate tax system. These changes would be designed to reflect the changing nature of where profits are generated in the modern digitised economy. Ireland welcomes the launch of this publication. It is important that all interested parties are able to contribute to this important work.
Ireland is actively involved in this ongoing work at the OECD to reach a global consensus on addressing the tax challenges of digitisation. Much work remains to be done before an agreement can be reached at the OECD. I note some speculation today on the potential impact on Ireland of any changes. It is far too early at this stage in the process to work out the revenue implications for different countries. These issues are discussed in the fiscal vulnerabilities paper published with the budget on Tuesday. As the Minister for Finance said in his Budget Statement earlier this week, it is in the interests of Ireland and all countries that this work is successful at ensuring the continuation of a stable and consensus-based international tax framework into the future. Ireland will continue to engage in this work at the OECD as well as taking actions domestically in line with the corporate tax roadmap.
The point the Deputy O’Sullivan made is that we need to try to have a level playing field in respect of tax rules and transparency through the OECD. I agree with that. We have always had an issue with the EU going alone in this regard because of what is happening in other parts of the world. If we can build consensus, and if Ireland can be part of designing it, that is our clear preference in terms of tax reform into the future.

Deputy Maureen O’Sullivan: The Tánaiste mentioned Ireland and all countries but it must be acknowledged that all countries have not had a fair deal to date. The base erosion and profit-shifting, BEPS, initiative has had some significant benefits, but it does not go far enough. Multinationals continue to benefit from transfer pricing. The double tax agreements favour residence-based over source-based arrangements. This results in capital flows from the developing countries to the developed countries instead of the other way around. It was disappointing to learn that the concerns of officials in the Tánaiste’s Department were ignored when it came to the Ghana agreement. Prior to that agreement, Ghana could levy 15% on royalty payments and 20% on technical fees but the following the agreement, the figures were 8% on royalties and 10% on technical fees. Irish companies, therefore, investing in Ghana and other countries will benefit from lower rates of tax. That has to be at odds with our national plan on business and human rights. I reiterate that we are so respected in one area that we have to be also respected for supporting fair corporate tax reform in order that those in the developing world can raise the income they need. At the end of the day, we need an approach that would eventually mean a reduction in overseas aid if they can raise the money they need for services.

The Tánaiste: Deputy O’Sullivan approaches this from a perspective of global fairness, and I can understand that. Through the OECD, we have to reflect the changes in terms of the global economy that are taking place rapidly, especially around the digitisation of economies. This is far more rapid in some countries than others. Ultimately, we need to try to build consensus across the developed and developing world about how to have a transparent and fair tax system that allows countries to derive competitive advantage. However, they need to do that in an open and transparent way and make those choices.
There are consequences to those choices. This is about striking a balance between allowing countries to make domestic decisions on taxation and how Government expenditure is funded while also closing tax loopholes that should not be there and that create inequality and unfairness. Ireland has bought in to the BEPS process and will continue to see that through to a successful outcome. Hopefully, consensus will be reached.