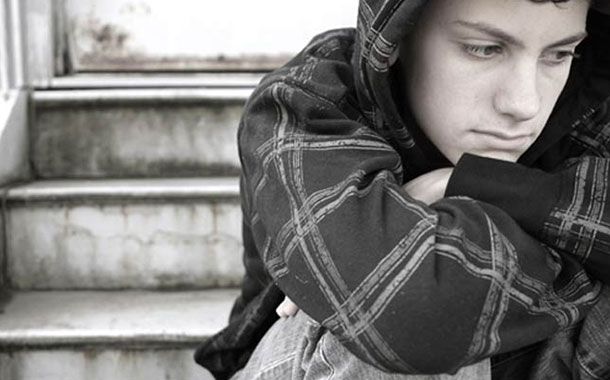 Posted date: March 31, 2017in: Anti-Social Activities, Homelessness, Housing Crisis, Local & National, SliderNo Comments
I had a constructive exchange with Minister for Children today when I raised the issues for homeless persons under 18 years of age in emergency homeless services. Many are out on the streets for long periods during the day as nobody is picking up on their problems.From what I hear from the youth workers in the north inner city who meet these young people during the day it seems while staff in homeless emergency accommodation are doing their best, the reality is that there are young people who are on the street and engaging with other young people, some who are in addiction, who may be out begging or who are engaging in anti-social behaviour.

They are exposed to that, whereas if there were a much more dedicated service, they might not get into that kind of behaviour. I also know about the youth advocates, but it is my understanding from the other youth workers in the area who meet these young people that there are not enough of those youth advocates. Below is the transcript:

Deputy Maureen O’Sullivan asked the Minister for Children and Youth Affairs if she will address the gap in services for persons under 18 years of age in emergency homeless services that are out of emergency accommodation between the hours of 8.30 a.m. to 6.30 p.m. and their particularly vulnerable situation.

Deputy Maureen O’Sullivan: My question concerns the perceived gap in services for persons under 18 years of age in emergency homeless services who are out on the streets for long periods during the day because nobody is picking up on their issues.

Deputy Katherine Zappone: Tusla funds two emergency children’s residential centres that cater for young people in need of emergency care. One such centre in Dublin city centre closes during the day. The young people are not put on the street or left to their own devices. Tusla funds a dedicated service to cater for the young people during the day and afternoons at weekends. Some of the young people attend school or training courses or have a dedicated project worker such as a youth advocacy programme worker or an Empowerment Plus worker to spend time with them during the day. The project workers engage with all aspects of young person’s needs such as bringing them to meetings, attendance at appointment and arranging meals. This is to ensure they stay in their emergency situation for as short a period as possible.

Children aged 16 and 17 may be taken into care or, where their main need is that of accommodation, they may be provided with a service under section 5 of the Child Care Act 1991. As the Deputy knows, children become out of home for many reasons, and Tusla has informed me that it is rare for there to be a single trigger event. It is usually associated with family violence, abuse or ongoing neglect at home, or alcohol and drug addiction. It may also be caused by a young person who is already in care, leaving their residential placement. Ultimately, my wish is that we support children to live with their families and, where this is not possible, that we provide the best possible supports and care for children and young people in need.

Deputy Maureen O’Sullivan: Before I respond to this question, I would like to say that I share the concerns of previous Deputies around the effects on community child care due to the change in regulations.

I have spoken to youth workers in the north inner city of Dublin who meet these young people during the day. While staff in homeless emergency accommodation are doing their best, the reality is that there are young people who are on the street and engaging with other young people who are in addiction, who may be out begging or who are engaging in anti-social behaviour. They are exposed to that, whereas if there were a more dedicated service, they might not get into that kind of behaviour. I know about the youth advocates, but it is my understanding from the other youth workers in the area who meet these young people that there are not enough of those youth advocates. There are not enough services for these young people. I believe that some of the youth advocates are meeting the young people in their cars for a few minutes just to engage with them, so I believe there is a gap there. It would be good to find out some information on this. How many are involved and what are these short times they are in emergency services?

Deputy Katherine Zappone: I appreciate the additional points and questions raised by Deputy O’Sullivan. They are good questions and I will certainly commit to getting the information identified by the Deputy. I am very clear that the Deputy’s question relates to gaps, even though there is a special project or service there, and I hear what the Deputy is saying. The gaps may be around there not being enough people involved in that project. If that is the case, we must ask how many more are needed. A gap can also be in the kinds of services that are provided as distinct from just the numbers of people offering a service. Perhaps this could also be looked at. I think of the north inner city task force and the commitment in that part of the city for the next period of time. Perhaps that is another area where can take a look at these problems and issues.

Deputy Maureen O’Sullivan: I thank the Minister for her reply. Not all these young people are from that area of Dublin. Some of them are from outside Dublin, from other parts of Ireland, and there are some who are foreign national young people. It would be good if they could be encouraged, helped and supported to engage with the other youth projects in the area. Some of the projects are during the day, but others are not. There is more that can be done with this group. It was difficult to listen to youth workers saying that these young people are not yet into anti-social behaviour, not yet into addiction and not yet into crime. There were, however, real fears that this is where they were heading because of the lack of engagement with them. It would be good if we had more detailed information on this, and we could see where to take it from there.

Deputy Katherine Zappone: I certainly can promise the Deputy that, to see how we can find the information. If the Deputy has any suggestions or recommendations, maybe we can have a conversation or a meeting with my officials later in that regard. I take the point that these young people are not necessarily just from the place the Deputy represents and where she resides.

I hear what the Deputy says around the issue. Whether it is an inter-agency approach or inter-services approach many people are doing lots of different things in various contexts, and yet there are still gaps and they need to take a look at that. Perhaps it might also be the case that we could find some of the information we need by going to national and local youth organisations, who no doubt are keen on this matter and who would have a view on it.