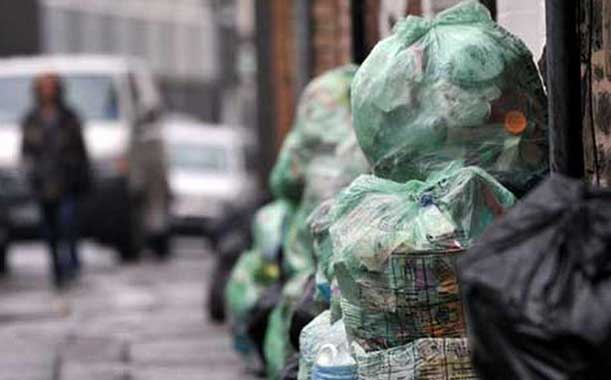 Illegal dumping is a major problem in Dublin Central

We have a major issue with litter and illegal dumping in the constituency. This Thursday DCC will listen to public submissions at Waste Management Services on Marrowbone Lane; I would encourage people who can to get along to do so and let your ideas be heard. I have made my own submissions outlined in the post below and it is clear that while the situation has improved slightly over the last few years it is still a massive issue in the area. I have spoken with DCC environmental officers many times and a number of measures have been introduced such as CCTV in problematic areas and litter wardens to investigate illegally dumped rubbish.

In my submission I am calling for more use of CCTV in problematic areas, stronger fines for culprits and a rolling litter removal van in the area at problematic times.

I would encourage people to contact the DCC litter hotline 1800 248 348 or alternatively contact me and I will endeavour to get it removed ASAP.

Below is the information I received from a Parliamentary Question I submitted on the issue to the Minister for the Environment some months ago.

Chun an Aire Comhshaoil, Pobail agus Rialtais Áitiúil:
To the Minister for the Environment, Community and Local Government:

To ask the Minister for the Environment, Community and Local Government the progress made to date in developing new regulatory structures for waste management; if he has further details regarding introducing on the spot fines for incidents of fly tipping or small scale illegal dumping..
- Maureen O’Sullivan.

Minister for the Environment, Community and Local Government

I published A Resource Opportunity – Waste Management Policy in Ireland in July, 2012 setting out a range of measures which will significantly revise the current regulatory regime to ensure, inter alia, that waste collected is managed in accordance with the waste hierarchy as set out in the Waste Framework Directive, under which prevention, reuse, recycling, recovery are favoured over the disposal of waste. The work of developing new regulatory structures to give effect to the measures set out in the waste policy is underway and my Department is engaging with a range of key stakeholders in relation to the detailed design of the new system. It is my intention that the improved regulatory regime will deliver both enhanced environmental performance and ensure a quality service for consumers.

Actions against illegal waste activity are a matter for the local authorities and the Environmental Protection Agency. My Department provides a legislative and policy framework through which the enforcement authorities operate in this regard. Penalties available under the Litter Pollution Acts for litter offences range from an on-the-spot fine of €150, to a maximum fine of €3,000 on summary conviction, and a maximum fine of €130,000 on conviction on indictment. The fines for continuing offences are €600 per day for summary offences and €10,000 per day for indictable offences. A person convicted of a litter offence may also be required by the court to pay the local authority’s costs and expenses in investigating the offence and bringing the prosecution.

Penalties for more serious dumping offences available under the Waste Management Acts are also substantial. Persons who are found to be responsible for, or involved in, the unauthorised disposal of waste are liable to a maximum fine of €3,000 on summary conviction and/or imprisonment for up to 12 months, and to a maximum fine of €15 million on conviction on indictment and/or imprisonment for up to 10 years. It is at the discretion of the local authorities, which have responsibilities for enforcement of both the Litter Pollution Act and the Waste Management Act, to decide whether a specific incident warrants the application of either Act.

Notwithstanding the very significant penalties outlined above, my Department is preparing Heads of a Bill, for approval by Government, that will provide for the introduction of on-the-spot fines for incidences of fly tipping or small scale illegal dumping. Subject to approval by Government, my Department will submit the Heads to the Office of the Attorney General for consideration with the intention of preparing a Bill for publication later this year.