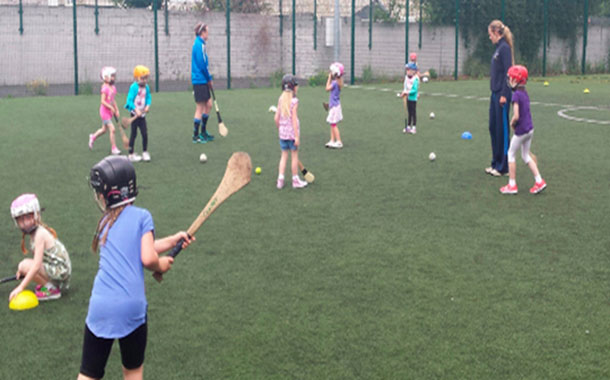 Posted date: August 19, 2014in: Community, In The NewsNo Comments

A COACHING project aimed at introducing organised sport to north inner city girls between the ages of five and eight years was launched at St Mary’s Youth Club in East Wall recently.

Ciaran says he is indebted to a number of people who helped deliver the project, including Maureen O’Sullivan TD (Ind) and the board of St Mary’s Youth Club; Principal Gerry Duffy and the board of O’Connell’s School; Aideen O’Connor from the Dublin City Sports Network; Tesco which provided the healthy lunch each day; and Aine Fanning from St Vincent’s Camogie, who is also a teacher at North William Street Girls’ School.