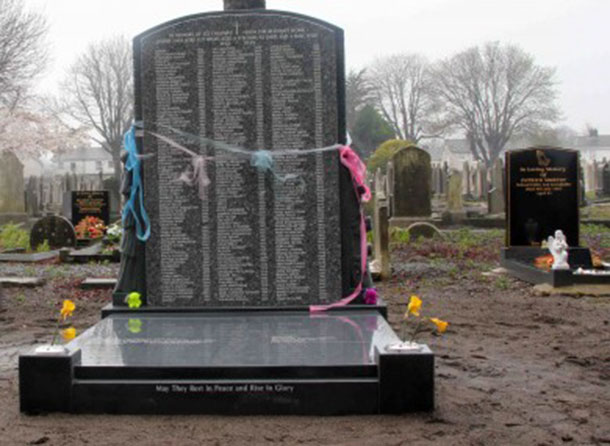 We used to consider the Famine the darkest moment in our history given the loss of life and the cruelty associated with the abundance of food available at the time while people starved. However, we know there have been much darker moments relating to industrial schools, Magdalen laundries, mother and baby homes, symphysiotomy, thalidomide and clerical abuse. There has been an appalling litany of tragedies and the one common denominator is the cruel and inhuman treatment of children and young women. We have had commissions of investigation, reports and a redress board but there were shortcomings in all the reports and people have been left dissatisfied. The same people have been let down in their lives year after year by their families, communities, institutions and the State. They still feel today that they have not received justice.

The first issue is the importance of getting this 100% right in order that there are no unanswered questions or outstanding issues following the commission of inquiry. It is hoped that the commission will be comprehensive enough to cover all this but there are concerns, one of which relates to the Magdalen laundries. There is a connection between them and mother and baby homes. I understand the concern that the commission will deal only with the role they played. Will that be sufficient? I note from the Minister’s comments that article 15 provides that the commission will have regard to the facts established through previous inquires into related institutions. However, there are grave concerns about the outstanding issues following the McAleese report. While the remit was narrower, it did not take into account the 769 pages of testimony by women that were gathered by the Justice for Magdalenes group in which they expressed their pain and suffering. Any narrative has to honour the lives of those who lived in the institutions and how they were confined and treated.

There are issues relating to that report including discrepancies between the length of stay as reported in the McAleese report and discrepancies with other electoral registers and grave records. There is also a need to look at those Magdalen ladies who moved to other institutions such as nursing homes and who died in those institutions. They are not considered Magdalen people. There were concerns that the pain and suffering of the women were not taken into account. I think there is a big area there for the commission.
We know that the connections between industrial schools, Magdalen laundries and mother and baby homes so the natural conclusion is that they would be gathered. I hope there will be enough flexibility and leeway for the commission to go where the stories take it. We are all aware of the relationship between the industrial schools, the mother and baby homes and the laundries which were all part of the institutional network. If that is where the story goes, it must be followed there.

There is an outstanding issue in regard to An Grianan at High Park because for various reasons some women did not receive an award from the redress board and were also denied support under the ex gratiascheme because An Grianan had not been included, yet we know that some girls there worked in the laundry. This small group of women hoped their issues would be addressed in the mother and baby homes investigation. I discussed this issue with the Minister for Justice and Equality, Deputy Frances Fitzgerald, and the women concerned had that expectation. However, they will now have to take the judicial route.

I am aware that one group of people included in the terms of reference for the commission was happy to meet the Minister who gave them time to discuss their issues. It includes mixed race Irish people. Their issue is colour specific abuse which they suffered while in Irish institutional care. Some 71 people have been identified in this group to date, but they believe the group should number approximately from 100 to 150 born to African fathers and Irish mothers. Some women went to Britain to give birth, but they returned and placed their babies in the care of the State. Some went straight into mother and baby homes, while some were given up for fostering and adoption. Some of the mothers ended up in the laundries, while some raised the children themselves. These children have never received recognition for their cases to date. They were failed by the State and many of them suffered chronic racial abuse in institutions. They suffered appalling treatment and were left helpless and unprotected. Some 51% of the known 71 spent their entire childhoods in the institutions, while only 12% were adopted. These children had to endure the double impact of being illegitimate and of mixed race. I acknowledge the Minister’s role in meeting this group and listening to them. They hope their issues will be addressed during the commission’s investigation because they have waited so long.

Disappointing for those who were in An Grianán.

This is an indictment of our society, which had an unforgiving attitude towards women who became pregnant outside marriage.

One would imagine that the ladies of the Magdalene laundries could be given the benefit of the doubt. However, the opposite is the case.