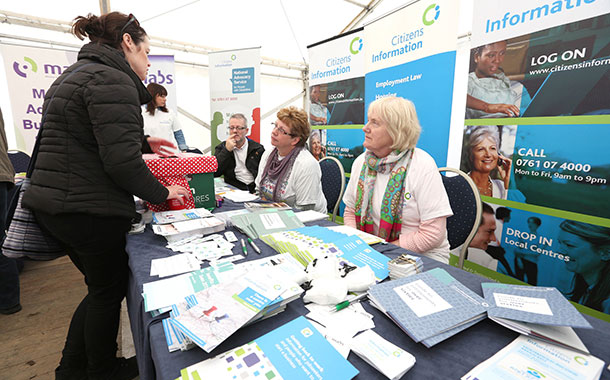 The re-structuring of MABS and the Citizen Information Service

The proposal to restructure is considered flawed because it is not evidence-based; what is evidence based is the way in which the structure has worked for many years. The Citizens Information centres have their genesis in a real spirit of volunteerism, of which we saw so much in Ireland in the past. They involve people coming together with the skill or an expertise to help their community, whether it be filling in forms for grants and payments, linking people with service providers or helping them with entitlements.

My thoughts on the re-structuring of Money Advice and Budgeting Service and the Citizen Information Service that provide a vital service to users.

Then there was the report entitled Making an Impact: The Public Value of Citizens Information Services in Ireland, which very much highlighted the value of the work and the service being provided. We know today the additional range of services being provided. There are referrals from the Department of Social Protection, work with the new communities, help with appeals to decisions and landlord-tenant issues and so on. There has been a call for the Citizens Information services to take on the planning area as well, which has not happened yet. The National Development Managers Network, having consulted its members, has come to the conclusion that the optimum model to serve the citizen is to preserve the county model, with or without some integration with MABS. I heard some of the issues the Minister referred to regarding the restructuring but they can all be addressed without this drastic restructuring.

If a restructuring were in the best interests of all concerned, that is, those working in the service and the citizens who avail of the service, the proposal would not have led to the disquiet and consternation it has led to. I do not think this is just because people want to maintain the status quo.

This is part of the very strong role people in organisations have played in a voluntary way for many years. We know how these acts of neighbourliness and solidarity developed into Citizens Information services and Citizens Information centres. At the core of the work is the citizen, with paid staff and staff from Government schemes such as community employment, but still with a very strong emphasis on volunteers working in the centres and on the boards. There seems to be a movement away from local community and independence, so there is a change in the narrative. The three reasons the Minister gave for restructuring were governance, accountability and value for money. The proposed restructuring will be very costly, which would knock value for money on the head, and governance and accountability have not been lacking in the current structure. The casualty will be the independence of the service. The National Development Managers Network is prepared to discuss and engage on the matter and I hope that is what will come out of this debate because there is no evidence that citizens are dissatisfied with the current service. A major concern I have, because of my long time spent in voluntary work, is that the proposed regional boards will not have directors representing the community and the voluntary sector. I have heard the argument about considering MABS. It was initially set up to examine money lending, and this work has expanded considerably to take on mortgage arrears. However, the Citizens Information services are a very different matter because they have been providing a safe, independent third space. If they become just an extended arm of the statutory apparatus, something of immense value will be lost, and what will be lost is an independent agency and its citizen-provided, citizen-directed, independent, impartial service.